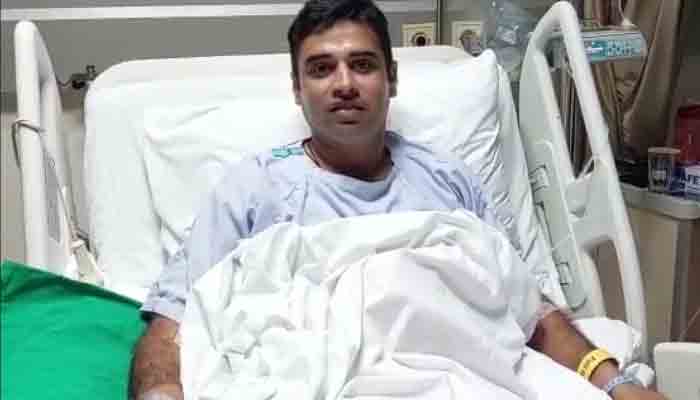 Pakistan’s opening batsman Abid Ali has said that he is ready to return to international cricket after recovering from Angioplasty. The 34-year-old batsman says he still has a lot to offer in cricket. He suffered chest pain in December 2021 during the Quaid-e-Azam Trophy. He was later diagnosed with Acute Coronary Syndrome (ACS).

After recovering from angioplasty, Abid Ali received a green signal from PCB (Pakistan Cricket Board) doctors and played in a local Twenty20 tournament. He scored 56 off 32 balls in Faisalabad. He asked for blessings from everyone with the update of that match on Twitter.

Speaking to ESPNcricinfo, Abid Ali said, “I am very excited about the possibility of playing for Pakistan again. The doctors told me I could go back to the field and live a normal life. I still have to continue the medication. But physically I feel great. I’m diving, running, jogging, batting – it’s great to be back to normal life. ‘

‘Yeah Al that sounds pretty crap to me, Looks like BT aint for me either. But I did not lose hope. For some time I have been thinking of recovering from cricket. It was difficult, but the rehabilitation process was quite good. Abid Ali was delighted to return to cricket. He has no idea what the selectors are thinking.

‘I am not sure what the status of my selection in the national team is. But I’m ready to comeback.

Abid Ali last played competitive cricket in December 2021, for Central Punjab. He was also in form in domestic cricket after scoring 263 runs at an average of 7.8 in the Test series against Bangladesh.