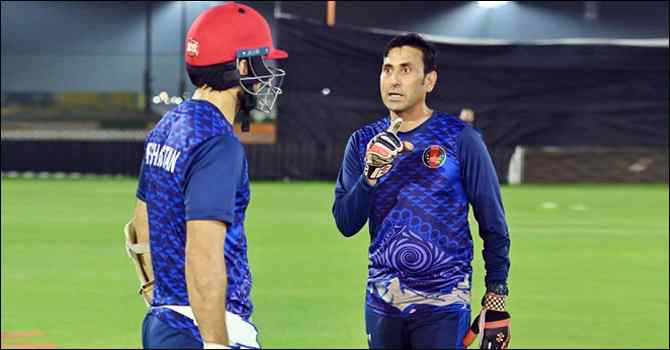 The rise of Afghans in world cricket is nothing new. As a nation, hardworking Afghans have also excelled in cricket. A pair of Afghans is responsible for the creation of talented cricketers. This time, former Pakistan captain Younis Khan realized that, Afghanistan cricket team have some big talent which will become the jewel of the future.

Younis Khan has recently been appointed as the batting coach of the Afghanistan national team. After being recruited, he joined the 15-day training camp of the Afghanistan cricket team in the United Arab Emirates. The 44-year-old former cricketer has been impressed by the talent of the Afghan batsmen in the camp. He thinks that these talented boys will become world class gems in the future. They have that ability.

Younis Khan posted on social media Twitter about the time spent in the training camp.

“I had a great time with the Afghan boys in their UAE camp,” he wrote. They have some great talents. that can be turned into a gem In sha Allah. ‘

Afghanistan has done well as a team in the last few years. But their path was not easy at all. Afghanistan became a member of the International Cricket Council (ICC) in 2001. After playing cricket for more than a decade, it gained Test status in 2016.

Over the past few years, the Afghan team has been improving its performance day by day. Although the rise has not been long in coming, there is a huge demand for Afghan players in T20 leagues around the world.

In the last few years, Afghanistan has made a name for itself. The biggest star among them is Rashid Khan. Also Mohammad Nabi, Rahmanullah Gurbaj, Hazratullah Zazai, Mujib-ur-Rahman and many more promising players are waiting to prove themselves on the international stage.