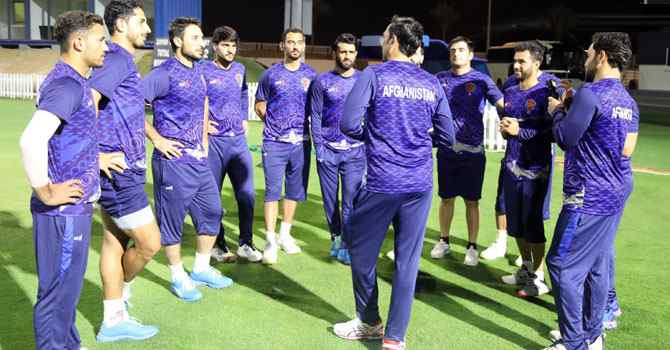 The Afghanistan cricket team is training in the United Arab Emirates to prepare for international cricket. The team has never been able to play an international series in their home country due to political reasons. That is why the UAE has become their home venue. This time the Afghanistan Cricket Board (ACB) wants to keep the UAE residency Visa to avoid glitches.

The Afghan team will visit Ireland in a few days. The cricketers will have to return to their home country to get a visa before the tour. To solve that problem, the ACB wants to get a ‘resident visa’ for cricketers in the UAE.

This is not the only reason why many countries are reluctant to issue visas to Afghanistan because of the Taliban problem. However, taking a resident visa for cricketers in the United Arab Emirates will free the Afghan cricketers from that problem. This is also one of the reasons why cricketers get resident visas.

In a statement, the ACB said: “The ACB often hosts series with other parties in the UAE. Therefore, it is important for some officials and players to get permission to stay in the UAE. The current position of about 24 players and officials in the UAE. The Afghan team is conducting a training camp there. And with this resident visa, the UAE will be the second home for cricketers.

Meanwhile, Pakistan is planning to play a three-match ODI series in the United Arab Emirates after the tour of Ireland. The series was scheduled to take place in August 2021. However, due to the bad political situation in Afghanistan at that time, the two teams could not play that series.