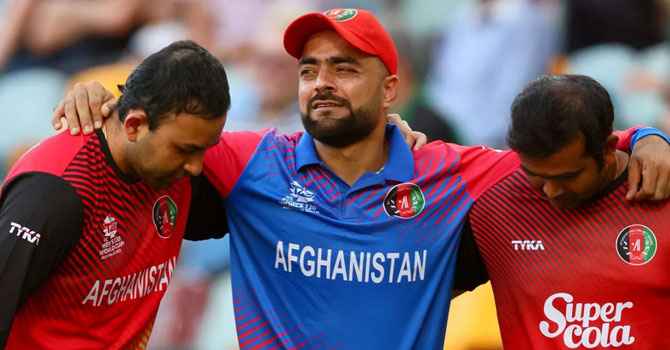 Sri Lanka remained in the race for the T20 World Cup 2022 semi-finals. Afghanistan is out from the race of T20 WC 2022 semi-final after losing the match. Sri Lanka defeated Afghanistan by 6 wickets in their fourth match in Super Twelve Group-1 thanks to the skill of spinner Hasaranga de Silva and batsman Dhananjaya de Silva. Hasaranga took 3 wickets with the ball and Dhananjaya scored an unbeaten 66 runs with the bat.

Afghanistan won the toss and elected to bat first at the Brisbane Cricket Ground on Tuesday (November 1). Two openers Rahmanullah Gurbaz and Usman Ghani gave the team a 42-run start in the power-play with the bat. Gurbaz got out with 28 runs off 24 balls on the first ball of the seventh over.

Afghanistan could not form a big pair in the middle-order like the opening pair. In the next three wickets respectively – 26 from 25 balls, 22 from 12 balls and 23 from 22 balls.

Sri Lanka did not get off to a good start with the target of 145 runs. They lost the first wicket for the team’s 12 runs. Pathum Nishanka was stopped by 10 runs and was a victim of spinner Mujib ur Rahman. Another opener Kushal Mendis and Dhananjaya kept the team in the fight with a partnership of 34 runs from 35 balls for the second wicket. Kushal scored 25 runs off 27 balls and fell victim to spinner Rashid Khan.

Dhananjaya and Charitha Asalanka made a half-century partnership for the third wicket after the departure of Sri Lanka’s 2 openers for 46 runs. Asalanka got out after contributing only 19 runs to the pair. Dhananjaya eased Sri Lanka’s way to victory with a blistering 27-ball 43 with Vanuka Rajapaksa for the fourth wicket.

Rajapakse was stopped by 18 runs from 14 balls, but with 9 balls remaining Dhananjaya ensured the team’s victory with an unbeaten 66 runs. Dhananjaya completed the innings of 42 balls with 6 fours and 2 sixes.