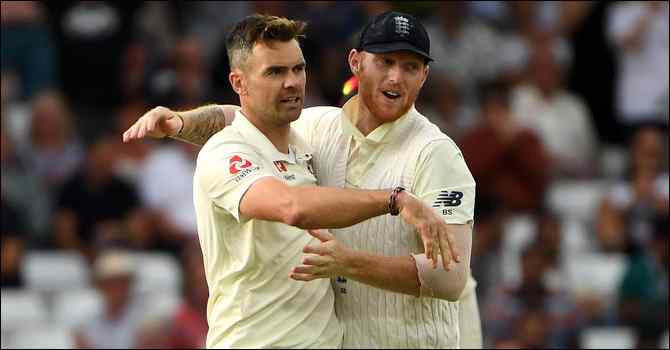 Ben Stokes says he wants two experienced pacers, Anderson and Broad, back in the squad. The new managing director, Robert Key, agreed and now waiting to see Anderson and Broad again for England. Anderson is Happy to Have Ben Stokes as England Test Team Captain.

For a time in English cricket, the James Anderson-Stuart Broad duo led the bowling attack. They would not be seen outside of a team without injuries. However, after losing the last Ashes, the two had almost seen the end of their careers. That was not fulfilled. England’s new Test captain Ben Stokes brought the duo back shortly after taking charge. Anderson is also thrilled to have a fresh start led by Stokes.

Anderson told BBC Radio that he was thrilled with the new start. The 39-year-old fast bowler said: “Stuart (Broad) and I were hoping our career was not over. It feels good to know there are still opportunities. ‘

However, they want to get a chance in the team by performing. “Even though we have to perform for our respective county teams, we still have to prove that we are good enough to be in the top eleven (England). We are pretty much sure now. ‘

Anderson’s personal relationship with Stokes is great. The aspect of professional mutual respect and esteem is also clear. Anderson has been quick to be part of the new path for the England Test team led by Stokes.

‘Ben (Stokes) is an innate leader. Everyone in the team respects him. He knows which way to go. I would love to be part of his leadership. It’s been a tough few years for us, we’re down to the bottom in the Test Championship. English cricket needs to return to winning Tests.

England’s new season begins with the Lord’s Test against New Zealand on June 2 this year. With this test, the Anderson-Broad duo can be seen running with the ball in the hands of Stokes.