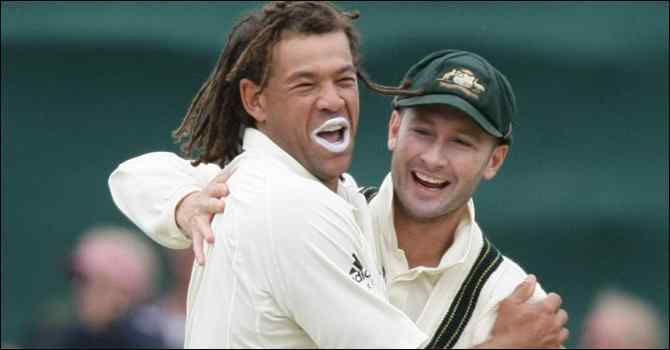 Andrew Symonds and Michael Clarke Friendship Ended Due to IPL

Australia’s two star cricketers Andrew Symonds and Michael Clarke have played together for a long time. During this time a great relationship developed between the two. However, the relationship deteriorated towards the end of Symonds’ international career. Andrew Symonds and Michael Clarke Friendship Ended Due to jealousy and more money offered to Symonds in Indian Premier League IPL.

Andrew Symonds was one of the most expensive cricketers in the inaugural edition of the Indian franchise tournament IPL. This time he was picked by Deccan Chargers for 1.3 million. Symonds thinks Clark’s relationship with him has deteriorated since the money was made. But there is still full respect for Clark, Symonds said.

“I had a good friendship with him,” he said in a podcast with Clark and Symonds’ former teammate Brett Lee. When he (Clark) came on the team, we almost always batted together. That’s why I took care of him. We made good friends. ”

Symonds also thinks Clarke may have been jealous of him for making big money in the IPL. “(Matthew) Hayden told me, ‘I made a lot of money when I started playing in the IPL,'” he said. This was most likely a kind of violence within Clark. That is the essence of our relationship. ”

He added, “Money makes fun of everything. This is a good thing. But sometimes it can be like poison. I think it has poisoned us. I have full respect for him. So I don’t want to go into details about what happened then. He has no more friendship with me. That’s fine. ”

In his international career, Andrew Symonds played 26 Tests, 196 ODIs and 14 Twenty20s for Australia. At this time he has scored 6,006 runs for Australia. He also took a total of 185 wickets.