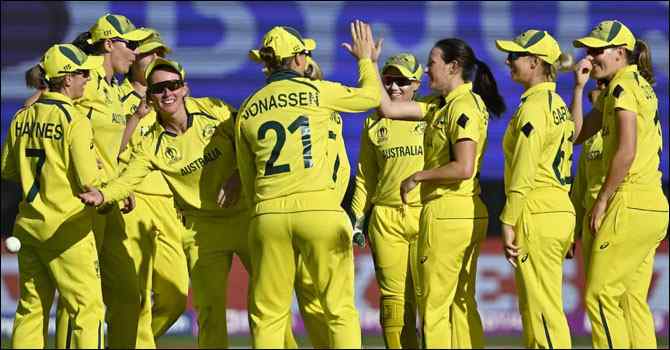 In the first semifinal at Wellington’s Basin Reserve on Wednesday (March 30), the 50-over match was reduced to 5 overs in 45 overs due to rain. Caribbean captain Stephanie Taylor won the toss and elected to bat.

Australia made a huge collection of 305 runs in 45 overs with the help of Rachel Haynes’ fifty and Alyssa Healy’s century. The Caribbeans were bowled out for 146 in 38 overs.

Two Aussie openers, Rachel Haynes and Alyssa Healy, have been batting since the beginning. The two made a pair of more than two hundred runs in the opening match. This is the eighth highest run partnership for the first wicket in the history of women’s ODI cricket.

The pair broke up when Healy was dismissed for 129 in 32.4 overs. Aussie opener played this innings with 16 fours and 1 six off 106 balls. Shortly after Healy’s departure, Rachel also left with 75 runs. Towards the end, Australia set a target of 303 runs with Beth Mooney’s 43-run innings.

No one could stand in front of the Australian bowlers except three Caribbean batsmen to play the target of 303 runs thrown by Australia. Captain Stephanie Taylor scored the highest 46 runs for the team. Diendra Dotin scored 34 and Hailey Mathews 34 runs.

Six of the Caribbean’s remaining six batsmen returned to the dressing room before touching the double digits. The other two could not get down to bat due to injuries. Five bowlers took one wicket each for Australia. Jess Johnson took two wickets.