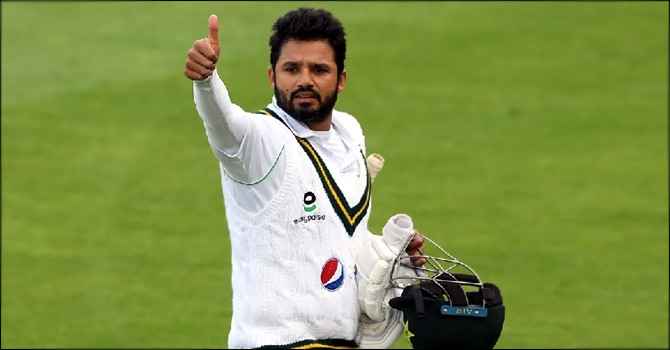 Pakistan’s one of the most successful batsman and former captain Azhar Ali has announced retirement from the longest format of Test cricket. Azhar Ali is playing his last Test match in the ongoing home series against England.

Azhar said in the statement, “It is a great honor and privilege for me to represent the country at the highest level. But deciding when to call it the last day is always difficult. After much thought, I have realized that the time is right for me to retire from Test cricket.”

On his retirement, he also said, “I am difficult for many, but I am grateful to everyone on this beautiful journey. I would like to mention a special aspect of my family, without whose sacrifice I would not be where I am today. My parents, wife, siblings and children, they have always given me strength.”

Azhar Ali has played 69 Tests since his debut in the longest format of cricket in 2010 against Australia at Lord’s. While his total number of runs is 7097 at an average of 42.49. He has 19 centuries with 35 fifties in Test cricket with the bat. Azhar Ali’s highest innings with the bat in Tests is 302 not out.

The last match of the series against England was Azhar’s last Test match. The match will start from December 17 in Karachi. He will end his 12-year long illustrious test career with this test.

Announcing Azhar’s retirement from Test cricket, the country’s cricket board president Ramiz Raza said, “Azhar Ali is one of the most committed and loyal servants of Pakistan cricket. His tenacity and determination is an inspiration to many young cricketers and will continue to be a role model for upcoming cricketers.”

The PCB president added, “Though it is unfortunate that Pakistan will not have an experienced player like him in the dressing room. But I look forward to continuing to share Azhar Ali’s vast knowledge and experience with the development of Pakistan cricket and emerging cricketers.”