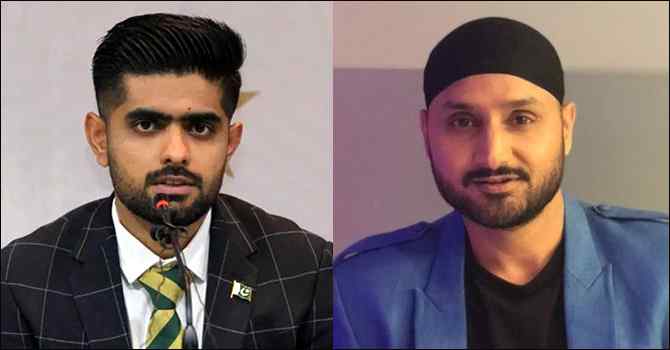 The continuity of Pakistan captain Babar Azam is nothing new, he is surpassing himself day by day. However, many cricket fans have raised eyebrows without seeing his name in ‘Fab Four’. The debate has started Former Indian cricketer Harbhajan Singh Praised Babar Azam and Said He is a Future Legend.

Former India captain Virat Kohli, England’s Joe Root, Australia’s Steve Smith and New Zealand’s Kane Williamson have been named in the Fab Four. Since their debut they have been quite consistent in terms of performance in their respective positions.

Harbhajan was surprised not to see Babar in Fab Four. The former Indian spinner has given his opinion on the matter. He said that Babar will be put on Fab Four very soon. Harbhajan Singh predicts that one day Babar will be one of the legends in cricket.

23 centuries have already been written next to Babar’s name. He is currently in the top five in all formats of cricket. He is the fifth batsman in Test cricket and holds the top spot in limited overs cricket.

Harbhajan said, ‘It is too early to say whether he (Babar) will be able to stay in Fab Four. I don’t even know who is in Fab Four. But Babar must have the qualifications. He is a true batsman with a lot of confidence and strategy. He will be one of the cricket legends in the future.

Harbhajan added, “It’s too early to add him to any league right now. Let him play like that. Let him score more runs for the team and keep on winning. In terms of talent, he is no less than anyone else.

Since making his debut for Pakistan, Babar has played 40 Tests, 7 ODIs and 64 T20s. He has scored close to ten thousand runs in three formats. There are 23 centuries. Has touched the house of the half century 85 times.