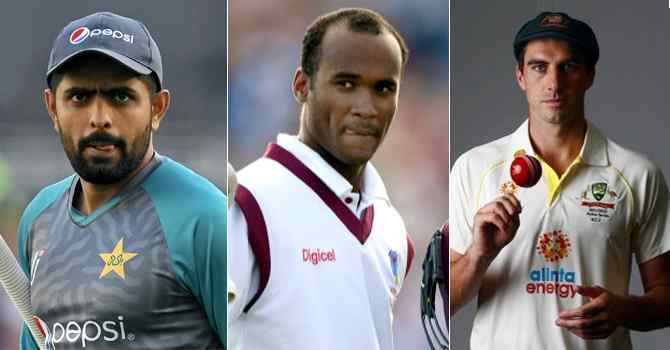 Babar Azam Nominated for Player of the Month March 2022

The International Cricket Council (ICC) has announced the list of nominees for the Player of the Month in March 2022. In March, three Test cricket captains, Babar Azam of Pakistan, Pat Cummins of Australia and Craig Brathwaite of the West Indies, were nominated for the best performance for their outstanding performances. Earlier, the Pakistan captain was nominated once again and became the best.

Pakistan will play a three-match Test series against Australia at home. Babur batted 5 innings in the series and scored 390 runs at an average of 6. Babar played a great innings of 198 runs in the Karachi Test. Thanks to his innings, Pakistan was saved from defeat.

Babar also played two ODIs against Australia. He has scored 56 and 114 runs in two innings. For the second time, Babar was nominated for the best run of the ICC month. The Pakistan captain was nominated in April 2021 and became the best.

Cummins was the joint highest wicket-taker in the three-match Test series against Pakistan. He took 12 wickets for 260 runs in 6 innings. Aussie spinner Nathan Lyon also had 12 wickets. However, Cummins was nominated in the race to be the best in March. Australia won the series 1-0.

Cummins was instrumental in Australia’s victory in Karachi. He was the best in the match with 5 for 56 in the first innings and 3 for 23 in the second innings. The West Indies played a three-match Test series against England at home in March. Brathwaite was the highest run-getter in the series.

Brathwaite scored 341 runs in 6 innings with 1 century and 2 half-centuries. The Caribbeans won the series 1-0 thanks to his batting and captaincy. In the second Test of the series, Braithwaite played a great innings of 160 runs. England’s Sophie Ecclestone, Australia’s Rachel Haynes and South Africa’s Laura Olward have also been nominated for their outstanding performances in women’s cricket.