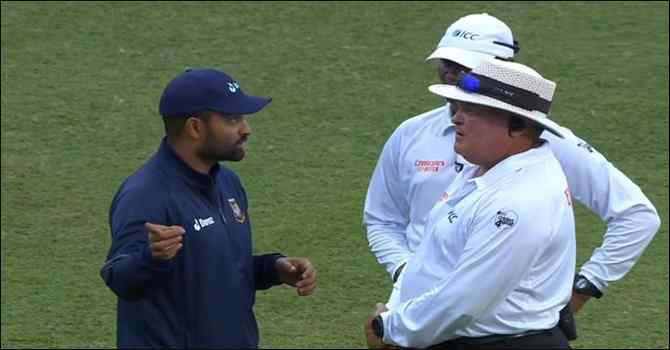 BAN vs SA 2022: BCB to Lodge a Complaint to ICC on Umpiring

Bangladesh were discriminated against in the first Test against South Africa in Durban. The Bangladesh Cricket Board (BCB) will lodge a complaint with the International Cricket Council (ICC), the governing body of world cricket on umpiring issues. This has been confirmed by BCB Cricket Operations Chairman Jalal Yunus.

The two umpires on the field during the South Africa-Bangladesh Test seemed to rise and fall to rule against Bangladesh. And this has angered many cricket fans in Bangladesh. Not only that, cricketer Shakib Al Hasan, who was not with the team, also protested in a tweet.

This time the BCB has decided to formally lodge a complaint with the ICC. BCB Cricket Operations Chairman Jalal Yunus confirmed the matter to the media.

He said, ‘There has been sledging from both sides. When they started sledging and took it to unbearable levels, we complained. It’s reprehensible. I protest this. The ICC should bring back a neutral umpire now.

“There was no neutral umpiring in the match,” he added. They have discriminated against us from day one. We will make a formal complaint about this. ‘

In this regard, Jalal Yunus said, ‘We have already submitted a complaint. The match referee misbehaved with our manager Nafis Iqbal. A complaint has been lodged in this regard.

It is to be noted that Bangladesh lost to South Africa by 220 runs in Durban Test. In this match, Bangladesh’s innings was reduced to 53 runs in the second innings.