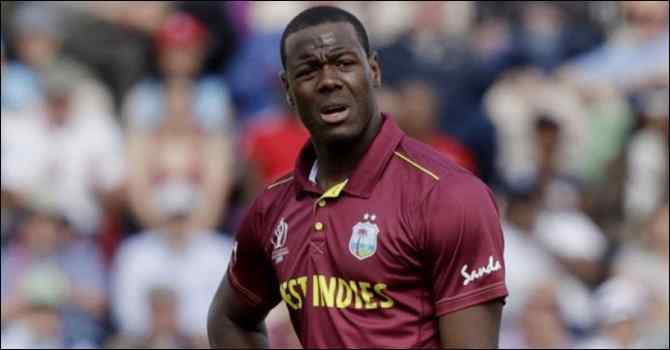 West Indies all-rounder Carlos Brathwaite has returned to cricket after nearly six months out of injury. However, the return was not pleasant for him in any way. After bowling badly on the field, he made zero runs with the bat and his car was stolen.

Carlos Brathwaite is currently playing for the Birmingham Bears in the T20 Blast 2022. The Nole and Doris Cricket Club authorities have also placed the burden of captaincy on his shoulders. However, he could not show his old form in the first match.

The batsman got out with zero runs after hitting one ball with the bat first. The hope was to make up for the loss. But what of what! He hit 31 runs in four overs. The wicket was zero!

This is the calculation of the field. Another bad news is to return from the field after the game. Who or what stole the car from outside the field. The Caribbean cricketer could not understand what to say in such an event.

In a tweet via social media about the incident, Brathwaite wrote, ‘What a day that was yesterday (Sunday). Bowling in a match for the first time after six months of injury. The first ball is zero then the car is stolen. But did you know that today (Monday) morning the sun is shining and giving thanks. ‘

Brathwaite received a lot of sympathy from fans after such an incident. Everyone assured him that he would get his car back soon. Others hope that the cricketer will return to his familiar form soon.