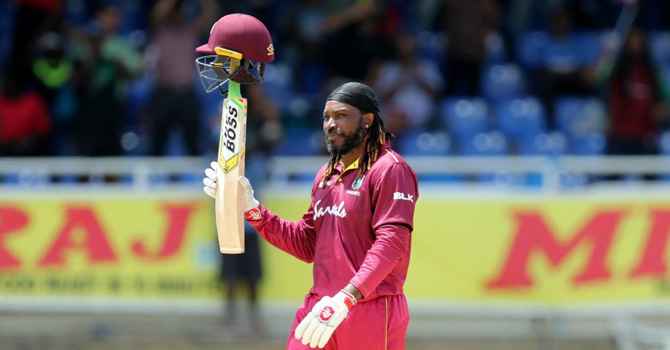 Chris Gayle is the T20 cricket merchant. Gayle, who has participated in nearly every franchise event in the globe, is currently taking a little break. Essentially, his bat’s edge has diminished with age. He is becoming a bratya gradually.

Despite Gayle’s diminished participation in franchise leagues, he still controls the majority of hitting records in this format.

Gayle, often known as “Universe Boss,” will demonstrate his hitting skills on Indian turf. Chris Gayle’s test record is also excellent for a T20 batsman. He made two triple century in Test cricket to rank fourth in the world. This accomplishment was previously accomplished by Don Bradman, Brian Lara, and Virender Sehwag.

Gayle expressed his eagerness to participate in this competition including cricket great. He stated, “I am excited to compete in the event. It is a privilege to perform with legendary figures. India, wait see you soon.”

Although three teams participated in the first Legends Cricket Tournament, this time there will be more. In the second season, four franchised clubs will compete. There will be a total of 15 matches in the event.

The first tournament was hosted in Muscat, Oman, while the second was staged in India. This competition will be held on six different fields around the nation. The participating cities include Kolkata, Laxmau, Delhi, Jodhpur, Cuttack, and Rajkot.

Sourav Ganguly, former Indian captain and current head of the Board of Control for Cricket in India (BCCI), will play an unique match in this competition. He has verified this on his social media accounts.