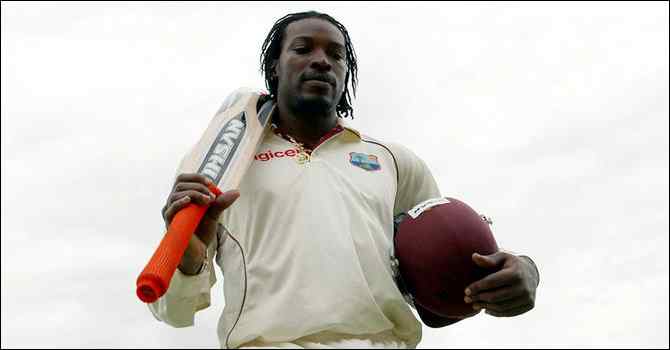 T20 cricket is now one of the most popular formats in the world due to the franchise league. However, as the popularity of this format grows rapidly, the cricket world is increasingly worried about Test cricket. Chris Gayle is one of the best batsmen in T20 but He is worried about the future of Test cricket. At the same time, Universe Boss Gayle has requested the ICC to give the bottom-ranked teams a chance to play more matches.

Chris Gayle said: “Now Test cricket is in some danger. I’m worried about the bottom line. They are not getting full support. The game has now become a business. The bottom tier teams are only getting one or two Test matches. Chris Gayle, who has scored 6214 runs at an average of 42.18 in 103 Tests, said Test cricket is now limited to the big teams. Apart from the bottom tier teams, India, England and Australia are playing more Tests among themselves.

Gayle drew the ICC’s attention in an interview on TalkSport Radio, saying: “It is now stuck between India, England and Australia. These teams regularly play four-five Test series among themselves. We (West Indies) bottom teams don’t get that opportunity. This is the cause of the problem for us. If this situation continues, we will always look down. Which is not good for the game at all. The ICC should pay attention to this.

Chris Gayle has been named one of the best batsmen in T20 cricket. He has scored 14,582 runs in 483 matches with 22 centuries and 6 half-centuries in all competitions in this format of cricket. He is the highest run scorer in T20. However, Gayle could not have imagined that this format would gain popularity very quickly.

“At first I was looking for the easy way out,” he said. Short format, you can finish quickly. I was not thinking about the future. What is happening now, I did not expect at all. That মিল 20 million match at Stanford. Everything has changed since then.

Gayle also said that scattering money in T20 changed lives. “There are a lot more T20 leagues now,” he said. Of these, IPL is the biggest and the highest paid. The future is secure through this game. T20 cricket changed lives. It has changed a lot of lives. I am very happy with the state of the game now.