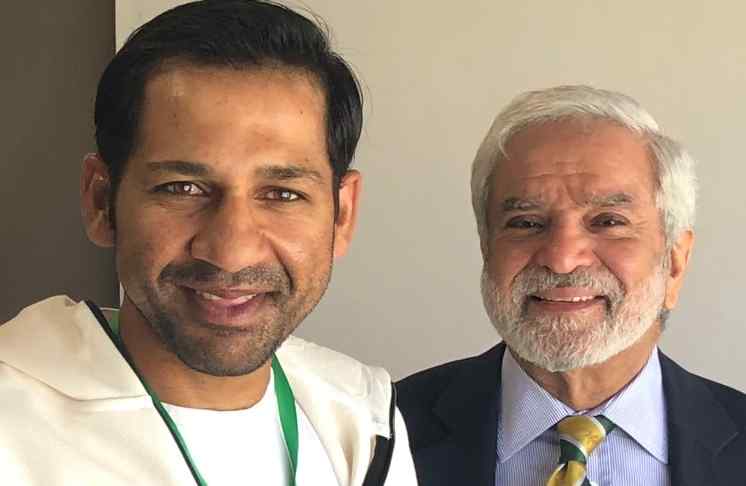 Ehsan Mani was the chairman of the Pakistan Cricket Board (PCB) when Sarfaraz Ahmed, one of Pakistan’s most successful captains, lost his captaincy. The rumor was that Ehsan Mani had removed Sarfaraz Ahmed from the captain’s chair on the advice of then Prime Minister Imran Khan.

However, the former successful board official dismissed the rumors as false. He also said that Sarfaraz lost the captaincy due to which. Ehsan Mani told Cricket Pakistan, “The PCB had no issue where Imran Khan sniffed, all the decisions were reasonable. Seeing the example of Sarfaraz, his performance was not good. And Imran Khan has nothing to do with losing his captaincy. We replaced him with Rizwan, and he was great from the start. ‘

Sarfaraz was dropped due to falling form. His side lost 3-0 to second-ranked Sri Lanka, the last nail in the coffin. Pakistan won the 2018 ICC Champions Trophy under the leadership of Sarfaraz Ahmed, who led Pakistan to the Under-19 World Cup. Ehsan Mani says it was not easy to get rid of Safal Sarfaraz.

“It was not easy to get rid of Sarfaraz Ahmed,” he said. He has done well as a player and leader. But his declining form and confidence were visible. In the wider interest of the team, it was decided to keep him out of international cricket and give him a chance to get back to form. Mani added, ‘Sarfaraz Ahmed is a warrior, we all know that. I have no doubt that he will return to the Pakistan jersey at some point.

Also Read: Sarfaraz Does Not Want His Son To Be a Cricketer