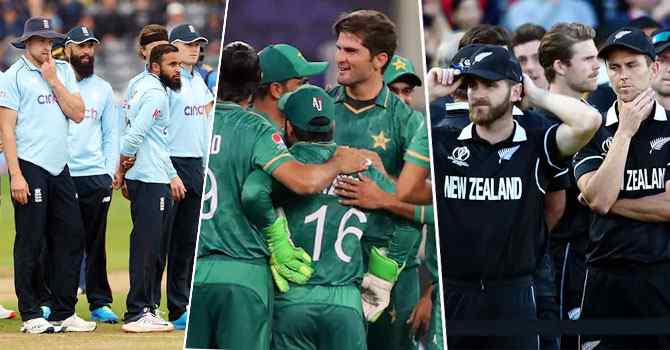 England and New Zealand Will Tour Pakistan in November-December 2022

The day before the start of the tour, the New Zealand cricket team returned home after abruptly suspending the series due to security concerns. Following this, the England and Wales Cricket Board (ECB) suspended the tour. England and New Zealand will tour Pakistan in November-December 2022 to play the postponed series. The matter has been confirmed by the Pakistan Cricket Board (PCB).

The PCB said in a statement on Friday (April 15) that the England and New Zealand teams would visit Pakistan. The English will tour Pakistan in two phases to play T20 and Test series.

The day before the start of the tour in September 2020, New Zealand abruptly suspended the series and returned to the country. The two teams were scheduled to play three ODIs and a T20 in the postponed tour.

New Zealand will play two Tests and three ODIs in this tour. The series will be held in December this year. The New Zealand team will also tour Pakistan in April 2023 to play a five-match ODI and T20 series.

Meanwhile, England made the same decision after postponing the tour of New Zealand. They were scheduled to play three Twenty20 matches against Pakistan. England will play the series, which was postponed to September this year. This time, of course, will play seven T20 matches.

The T20 World Cup will be held in Australia in October-November this year. After this tournament, the English will go to Pakistan to play three Tests. Although New Zealand and England postponed their tour of Pakistan, Australia did not follow suit. Australia has visited Pakistan after two long decades.

Pakistan will play at home against the West Indies and Sri Lanka before hosting England and New Zealand. The Caribbean will visit Pakistan in June this year. They will play three ODIs in this tour.