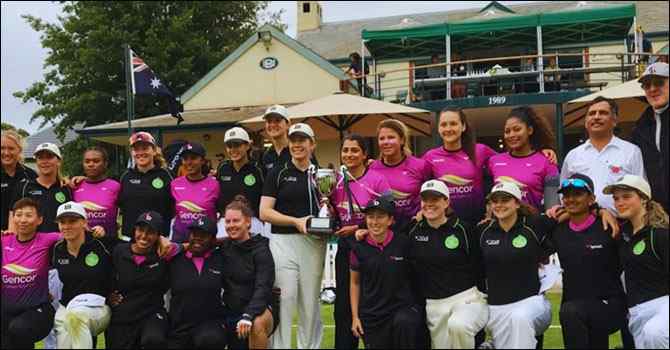 Global Women’s Cricket League To Be Held in Dubai

The Global Women’s Cricket League is going to be held on 1st May 2022 in Dubai for the first time. This is not a competitive tournament, this event is going to be organized for the purpose of global gender equality. Five women cricketers have been called up from Pakistan for the 20-over event.

The Pakistan Cricket Board (PCB) has already given them permission to play. They have given no-objection letters to these five members of the women’s cricket team to play in the Global Women’s Twenty20 Cricket League.

The event, organized by the Emirates Cricket Board (ECB), will start on May 1 this year. Will continue till 15th. A total of six teams will compete in this event. There will be 19 matches. The tournament, approved by the International Cricket Council (ICC), will feature players from around the world (full members and associate members). The matches of this event have been given international status.

Sana Mir will lead South Coast Sapphires in the event. Fatima Sana will represent the Burmese Army team. Alia Riaz and Diana Baig will play for The Tornadoes.