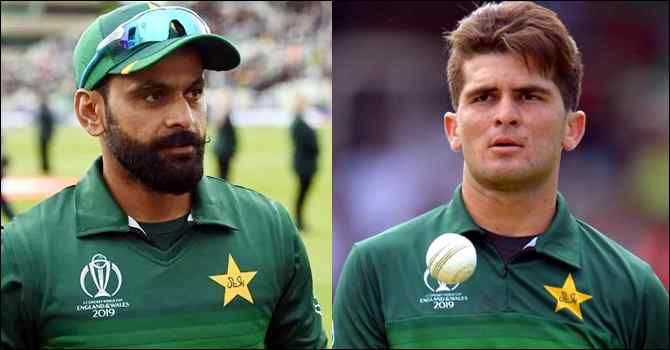 Former Pakistan all-rounder Mohammad Hafeez thinks Shaheen Afridi’s future as a leader is very bright. He has a great ability to lead. This is what the famous ‘Professor’ cricketer said in response to the question of the journalists who came to play Dhaka Premier League (DPL) for Mohammedan Sporting Club.

Hafeez played for the Lahore Calendars in the seventh edition of the Pakistan Super League. The team was led by young Shaheen Afridi. Hafeez, who played under Shaheen, was impressed with his leadership. According to Hafeez, as a young man, Shaheen managed everything and made the right decisions.

Speaking to reporters on Tuesday (March 15), Hafeez said, “Of course, winning the league as a captain and becoming the champion is something special for him (Shaheen). It’s a good start. ”

Afridi is playing for Pakistan in all three formats. The English county team will also play for Middlesex next season. So as a pacer Shaheen will be very upset. Hafeez also expressed concern over this.

Hafeez said, ‘He has to think a little more about his fitness. He is playing every match. Thus every match, league and county should not be played continuously. Because it could break him. I wish him well. ‘

Hafeez has retired from all forms of international cricket this year. However, domestic cricket is still being played. Yet he has not given much thought to his future plans or coaching.

‘Honestly, I’m giving myself some more time to think. I’m not the only one who gets away with it. I will try to follow the process. If I can do something in a role to serve my country in the future, I will definitely choose it. ‘ – Hafiz added.

Mohammad Hafeez has played 55 Tests, 218 ODIs and 119 Twenty20 Internationals for Pakistan. He took 1270 runs in Pakistan jersey and took 253 wickets with the ball.