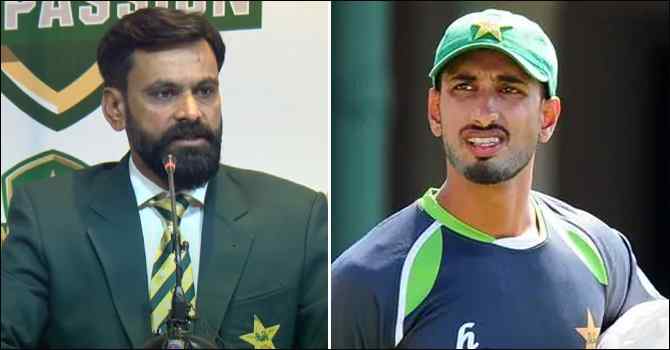 Pakistani cricketer Shan Masood is flooding with runs with the bat in the English County Championship. He became the first Pakistani to score a double century in two innings. Former Pakistan all-rounder Mohammad Hafeez praised Masood for his performance and wants to see Shan Masood in the Test and T20 World Cup squad 2022.

Hafiz had faith in Shan Masood, the former Pakistani batsman knew that the left-handed batsman would perform whenever he went to the county. In an interview with local media, Hafeez said, “I was absolutely sure that Shan Masood would perform at the county championship. I am impressed by his hard work and strategy.

Masood is not even close to the current Pakistan team. Babar Azam and Mohammad Rizwan, two informed batting captains, have taken his place. Due to which he has been dropped from the historic home series against Australia. However, Hafeez believes that Masood has performed well enough to return.

Hafeez also praised Shan for improving his limited overs game, Shan Masood should definitely play a Test match for Pakistan but he could also be used for the 2022 World Cup in Australia.

‘There was a time when county cricketers strengthened the skills of their players. But now the value of county cricket is not the same as it was five decades ago. But county cricket players are allowed to dominate personally. – Hafiz added.

Shan Masood tops the list of highest run-getter at bat so far this season in the county championship. He scored 61 runs, including two double-centuries, in five innings of three matches in the Derbyshire jersey.