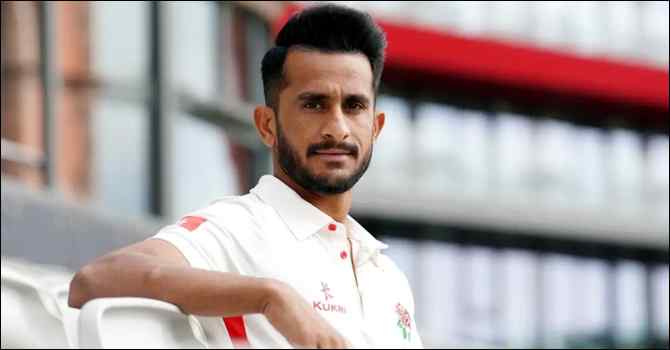 Hasan Ali to Learn from James Anderson in Vitality Blast 2022

Hassan arrived in Manchester on Saturday (April 9) to play for the county. He will make his debut for Lancashire against Kent in Canterbury later this week. Arriving in Lancashire, the cricketer spoke about his expectations in the county at the club’s press conference.

Speaking about his goal, Hassan said, ‘Honestly, it is very cold here. But yes, I have to adapt. I would like to thank the Lancashire management for the opportunity to play here. Jimmy Brothers is one of the players here, so I’m very happy and face it. ‘

Hassan added: “Honestly, I’ve never talked to him (Anderson) before. But now he has many questions. I’m going to annoy him. I am going to learn how he swings the ball in two directions. Especially called cross-sim. I’m going to learn it. ‘
Hasan wants to use his reverse swing on English soil. In this case, the Pakistan Super League (PSL) Shakib Mahmood helped him with the idea of ​​the character of the England pitch.

Hasan said, ‘Shakib spoke to me this morning. He said the ball is reversed here. As Pakistani bowlers we know how to reverse the ball. We used to use reverse swing since childhood. The weather here is cold. I hope I get some help from the wicket.

Hassan has dreamed of playing in the county since he came to cricket. Given this opportunity, he wants to follow the legend Wasim Akram. Wasim Akram was the first Pakistani cricketer to play in English County.

“We’ve heard of county cricket since childhood,” Hassan said. County cricket should be played as a professional cricketer. Because you can learn a lot from here. That’s what I’m going to follow. Wasim Akram’s footprints are here, it’s a good opportunity for me. ‘

Hasan has signed a contract with Lancashire for six matches. “I am here for the first six matches,” said Hasan. I want to get a lot of wickets for my team Lancashire.