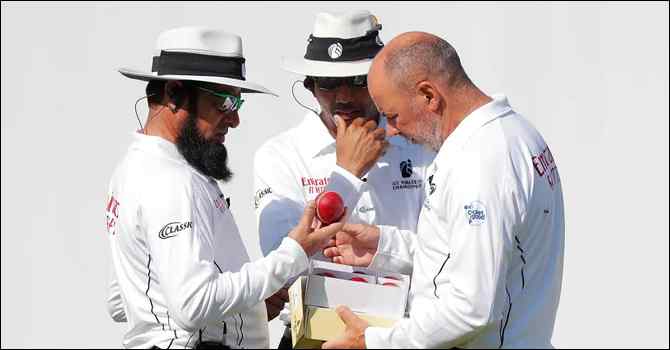 The ICC has been hosting matches at international events by the umpires of the host country due to the deadly coronavirus worldwide. However, as Corona’s influence waned, the world’s highest governing body of cricket ICC reversed that decision. Although the hosts have umpires in the ODI and T20 formats from the 2022-23 season, it has been decided by the ICC to have neutral umpires in Test cricket.

Recently, questions have been raised about neutral umpiring in Bangladesh’s Test series in South Africa. The country’s best all-rounder Shakib Al Hasan also drew the attention of the ICC to bring back a neutral umpire in cricket in one status . This time the ICC Board meeting decided on a neutral umpire.

This was stated in a press release after the ICC board meeting on Sunday (April 10). According to the ICC Men’s Cricket Committee, the CEC has agreed that neutral match officials should be used to reduce the impact of corona and lift the travel ban.

Due to the global spread of coronavirus, travel to various countries was banned. In addition, due to the mandatory strict quarantine for foreign travel, the conduct of matches by neutral umpires has been stopped since July 2020. Since then, the match has been decided by the ICC panel of umpires in the host country.

In the first Test of the two-match series in South Africa, the home umpires made a number of wrong decisions. Later Bangladesh had to take a review. Shakib Al Hasan said in a statement on the matter, “I think the ICC should now return to neutral umpiring. In most countries, the situation is now under control. ”

Although the issue of Shakib was not mentioned directly in the board meeting, the ICC has returned to the neutral umpire. It is said that the CEC has agreed on the recommendation of the cricket committee that neutral match officials should be used in lifting the travel ban. The match will be conducted by a neutral umpire from the 2022-23 season.

Although he returned to the umpires in the 2022-2023 season, it is not happening in all three formats of cricket. Only Test cricket will have three neutral umpires. Of the other two, one will be on field and the fourth umpire will be from the host country. The matches will also be conducted by ICC panel umpires in ODI and T20 formats.