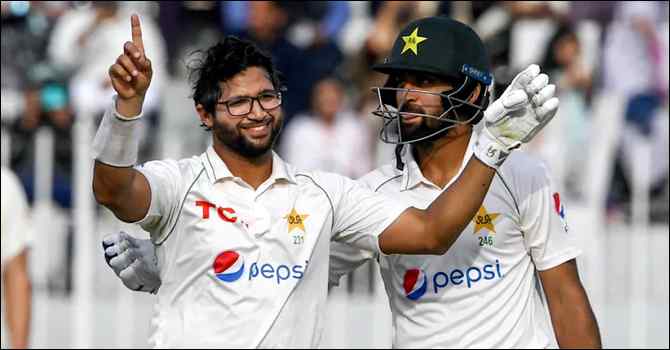 PAK vs AUS 2022: Imam-ul-Haq Says I Am Used to Being Criticised

He is the nephew of former Pakistan cricketer Inzamam-ul-Haq. This is the reason why he has to be criticized most of the time. However, this young man does not take these things into his mind at all. He is now accustomed to hearing criticism.

Imam has scored a century in both innings against Australia in the Rawalpindi Test. It pulled the reins in the face of the critics. However, the 26-year-old batsman does not want to think about it at all.

Imam’s eyes are now on the match ahead. He is thinking about how to do well in the Karachi Test. Imam was confronted by the Pakistan Cricket Board (PCB) virtual media about this. That’s where he talked about himself.

Imam said, ‘When you play and run against an opponent like Australia. Then it is always a wonderful feeling. My recent performances in domestic cricket have also helped me here.

Imam’s stubbornness was created from outside the party. Which helped him to do better. He also said that. ‘I was part of the Pakistan team last year too, but as the twelfth player. That fact must be taken into account. ”

Imam said that he would like to keep the test form in front of him. I would like to thank my parents for their position today. It has been possible only because of their prayers.

He was criticized a lot in the Pakistan team. Imam’s comment on this, ‘I have always been criticized. It doesn’t matter. I have no regrets about this. Because my job is to perform. The team management will see how I am doing. I don’t see what’s going on behind the scenes. ‘