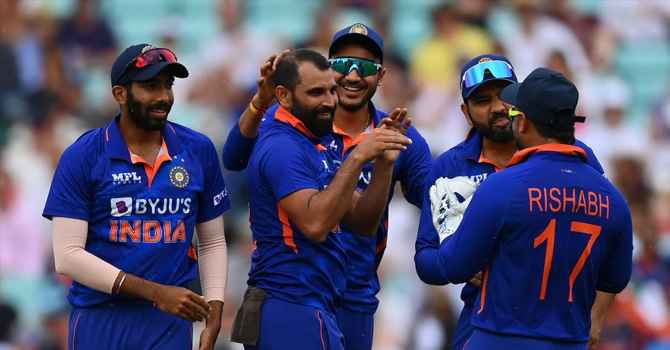 The second ODI between India and West Indies took place in Port of Spain. The match victory also clinched the series victory. During that encounter, the Indian squad received dreadful news. In the first ODI against the West Indies in 2022, the whole India cricket squad was fined 20% of the match fee for slow over rate.

Sunday (July 24) saw the start of the third one-day international (ODI) between India and the West Indies. After winning the first match, India’s objective was to win the series. Nonetheless, the ICC announced after the match that the entire team was penalised 20% of the match money for failing to finish bowling on time during the first match.

Shikhar Dhawan’s squad scored 308 runs in the opening one-day international of the three-match series on Friday (July 22). The Caribbean halted its pursuit of this objective at 305 runs. The Indian team lost one over inside the stipulated time in that match.

In accordance with section 2.22 of the ICC Code of Conduct, the Indian team was penalised 20% of the match cost. At the conclusion of the first ODI, the umpires lodged a complaint against the Indian side with the match official. Shikhar Dhawan, the skipper, was summoned to the hearing on this complaint. However, a formal hearing was not necessary for the claims to be admitted.

However, the Indian team’s win has stained the ICC’s declaration of sanctions. In the second one-day international, Shikhar Dhawan’s squad earned the series victory by defeating the opposition by two wickets. The West Indies have now lost two consecutive home ODI series.