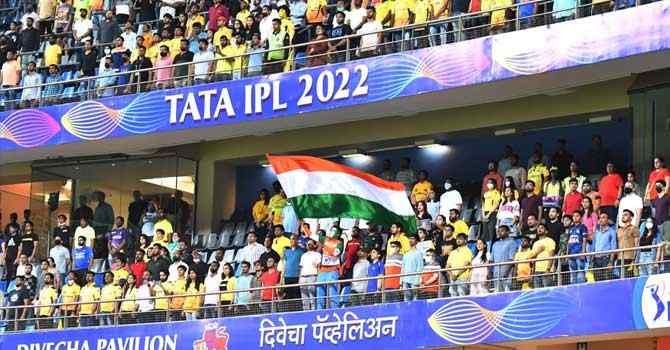 The Indian Premier League (IPL) is back on Indian soil after two editions. Due to coronavirus, the whole event is being organized in Maharashtra. One-fourth of the stadium’s capacity can accommodate spectators. This time, the Maharashtra government wants to allow 50 percent of the stadium’s capacity to accommodate spectators during IPL 2022. However, The Board of Control for Cricket in India (BCCI) is still hesitant about that decision.

The BCCI is hosting the IPL on Indian soil after two editions. The entire tournament is being organized in Maharashtra to avoid the risk of coronavirus epidemic. It was informed before the start of IPL that spectators will be allowed to enter the field from the beginning. Accordingly, 25 per cent of the stadium’s capacity has been allowed to enter all the matches of the IPL.

Despite the Maharashtra government’s permission to increase the number of spectators on the field, the BCCI is in a dilemma. Although the 14th edition of the IPL started on Indian soil, it was postponed due to the coronavirus epidemic and was forced to move out of the country.

For this reason, the BCCI is reluctant to take any decision on this issue right now. A BCCI official confirmed the matter to the media. He said the BCCI would keep at least 25 per cent spectators on the field till April 15 this year. After that, if the situation is favorable, it may increase, he said.