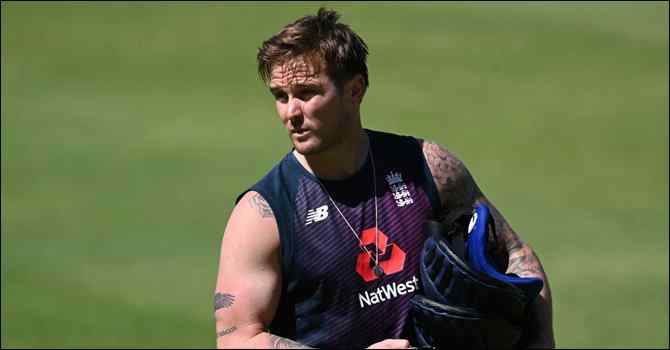 England Cricket Board Fined Jason Roy £2500 in a Mysterious Ban

The England and Wales Cricket Board (ECB) has banned English cricketers for two matches. It is unknown at this time what he will do after leaving the post. In addition to the ban, he was also fined two and a half thousand pounds.

A statement from the ECB on Tuesday (March 22nd) stated that the decision to suspend Jason Roy had been taken. The highest governing body of English cricket has not commented on the exact reason for his ban.

The ECB said in a statement: “Jason Roy has done something that could insult cricket, the ECB and himself. He has accepted the matter.

The statement said the ban was imposed for 12 months. If he makes the same mistake again during this period, his punishment will be effective. The ECB has directed to pay the fine by March 31 this year even though the ban has been passed.
The Cricket Disciplinary Commission (CDC) has taken care of the punishment of cricketers in English cricket. All the crimes of the cricketers are heard there. Earlier, there was a rule to disclose the whole issue of punishment of cricketers, but there has been a change. Now the whole part of the verdict is published only if the CDC wishes.

Jason Roy is currently in the Maldives with his family on vacation. His county team Surrey has said he will not be with the team in the first half of county cricket.