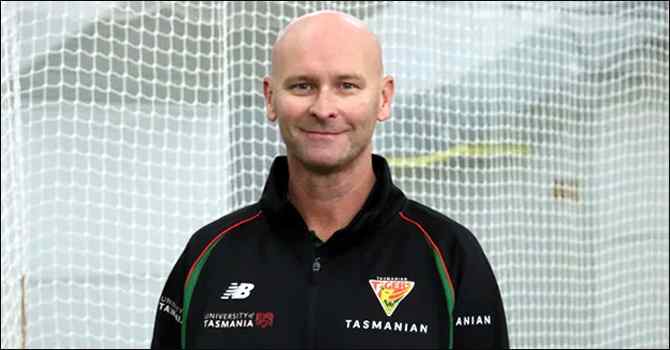 Jeff Vaughan has stepped down as assistant coach of the Australian men’s team before T20 World Cup 2022. Vaughan’s decision to return to the Tasmania Tigers, the state team in domestic cricket, came as a shock. Vaughan made the decision shortly after the appointment of Andrew MacDonald as Australia’s head coach.

Vaughan had previously been the coach of Tasmania. The former Aussie cricketer later resigned from the national team when called up. “I am just happy with the way things have worked out,” he said in a statement.

The former cricketer added: “I am attached to the whole program in Tasmania. I continue to develop my coaching and leadership skills to help the Tasmania Tigers improve overall for the players in the program. ”

Vaughan was appointed assistant coach of Australia along with Michael de Venuto in July 2021. Vaughan was also with the team in the T20 World Cup, Ashes and Pakistan series. Now he is focusing on tidying up Tasmanian cricket.

Dominic Baker, CEO of Cricket Tasmania, said in a statement: “We are thrilled to have Jeff back under our Tigers program. We wanted someone for this role who would understand and adapt to the culture. There is no doubt that Jeff deserves it. ‘

Highlighting Vaughan’s success, he said: “We’ve all seen the Australian men’s team improve over the summer. There is nothing more to be said about this than a glittering success. Let me remind you, Jeff was a part of it. ‘

Vaughan’s coaching career is short but rich. In addition to coaching Australia, he has coached the Tasmania Tigers, Adelaide Strikers and the South Australian team.