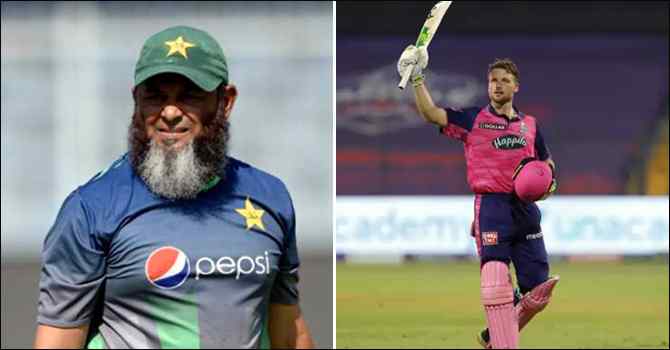 In the Indian Premier League IPL 2022, batsman Jos Butler is in great rhythm with the bat. Jos Butler credits former Pakistan batsman Mushtaq Ahmed for his great rhythm. He said that he is able to play great because of him.

Jos Butler tops the list of highest run-getter in the 15th edition of the IPL 2022 so far. He scored 491 runs in three centuries at an average of 61.83. Butler said that Mushtaq Ahmed has played the biggest role behind his great rhythm. He has succeeded in changing the batting with his advice.

Butler said: “Mushtaq Ahmed always told me to play first off side. After settling on the wicket, he said to play on the leg side. If you always look at the leg side, you can’t play off. ”

Josh Butler is spending his best time on the cricket field. IPL or national team, this cricketer is winning the hearts of the spectators with his great rhythm everywhere. In international cricket, Josh Butler has played 56 Tests, 147 ODIs and 7 T20s for England. This time the cricketer has scored 6,919 runs with the bat.