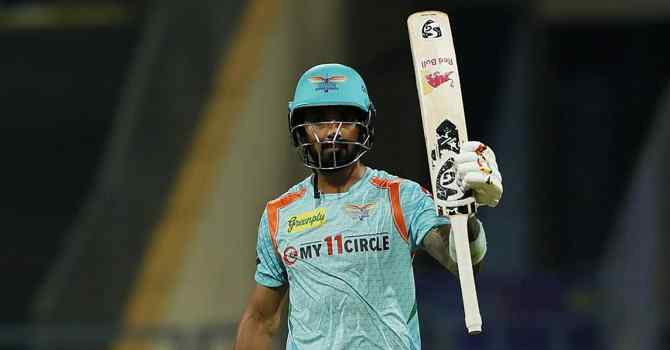 Lucknow Super Giants captain Lokesh KL Rahul has scored his second century in the 15th edition of the Indian Premier League (IPL). KL Rahul has scored two centuries in IPL 2022 against Mumbai Indians. Three of the four centuries scored in the IPL career are against this opponent. This is the first time in T20 cricket that a record of three centuries has been scored against a specific opponent.

Lucknow Super Giants lost the toss and elected to bat against Mumbai Indians on Sunday (April 24). Lokesh Rahul started playing by attacking the opposing bowlers from the beginning with the bat.

KL Rahul, who is playing well, picked up his second century in the 15th edition of IPL. And two centuries have come against Mumbai Indians. The cricketer was unbeaten on 103 runs in both the matches.

This is the second time that two centuries have been scored against the same team in the same edition of the IPL. Earlier in 2016, Virat Kohli scored two centuries against Gujarat Lions.