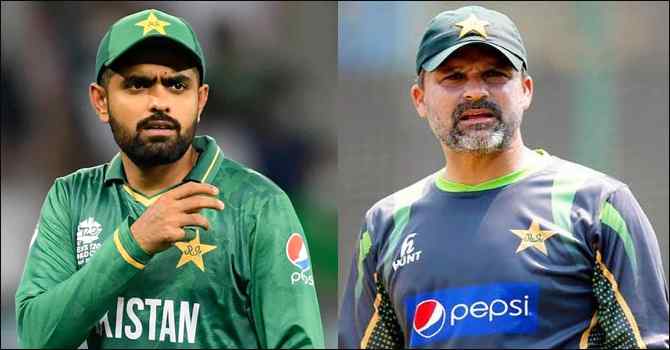 A few days ago, Babar Azam had said that he would always give priority to his own choice in the team selections. On their behalf, former captain Moin Khan Advises Babar Azam to Avoid Favoritism in Team Selection.

Appearing on Pakistan’s Express Entertainment’s Ramadan transmission ‘Piara Ramadan’, the 50-year-old former player said Babar Azam should not be compromised in his team selection. As a captain he should have plans. But not of interest.

Moin Khan said, ‘You have to have a vision as a captain. I would advise Babar to do justice to his party election. He will be advised not to favor his friends.

He added, “There should never be any compromise in the selection of players. The selectors must be informed of his decision. Then the selectors will do that. ‘

Meanwhile, Moin Khan has no doubt about Babar’s superiority. He believes that Babur will be able to break all records for Pakistan. “If Babur keeps his form, he will become the best player in the world. Pakistan has the potential to break all records.

Former wicketkeeper-batsman Batter also spoke about Mohammad Rizwan’s form. Moin Khan said, ‘Rizwan is going through a patch. Although he is not in great form, he is in good form. ‘