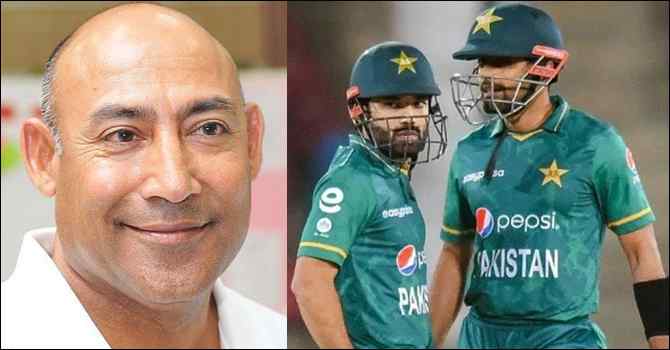 Former Pakistan Test cricketer Mudassar Nazar has claimed that Babar Azam should no longer lead the Pakistan team. He should be more focused on batting. Mudassar Nazar tMudassar Nazar wants to see Rizwan as T20 Captain for all the upcoming T20I series 2022.

In an exclusive interview with Cricket Pakistan, Mudassar said, “If a situation arises where Pakistan can complete 50 overs or not. That’s the problem. That’s why you need a player who can play long innings. We don’t have a quality batter for that. ‘ Expressing his views, Mudassar Nazar said that to reduce the pressure of batsmen like Babar, Mohammad Rizwan should be taken as the T20 captain instead.

“If it (captain selection) was up to me, I would have brought Rizwan to replace Babar in the T20s,” he said.
Talking about Pakistan’s bowling problem, Nazar said that the lack of reverse swing bowling by the pacers was a matter of concern to him. “You see Australian bowlers come to Pakistan and use the reverse swing to win a Test match, which is not the case with us,” he said.

The former fast bowler added, ‘Hasan Ali is not in form. Harris Rauf is very whimsical but he has become monotonous. Our main pacer Shaheen Afridi has the ability to work with the old ball but his real work is only seen as new. Nazar talks about Saqlain Mushtaq’s role as Pakistan’s head coach. “Everything is in Saqlain to be a successful coach, but it will take time,” he said.

Nazar said: ‘He has worked extensively with England. Spin is in and around Pakistan coaching as a consultant. But taking over as head coach is a different matter.
‘He has played a lot of cricket and has enough experience in his possession. But he needs time to fully implement his ideas. I hope he can. ‘ – Nazar added at the end of the talk.

Nazar has a great career for Pakistan. Although he bowls, he has all the great innings with the bat. More than six thousand runs in his international career is his testimony. He also took one and a half hundred wickets with the ball.