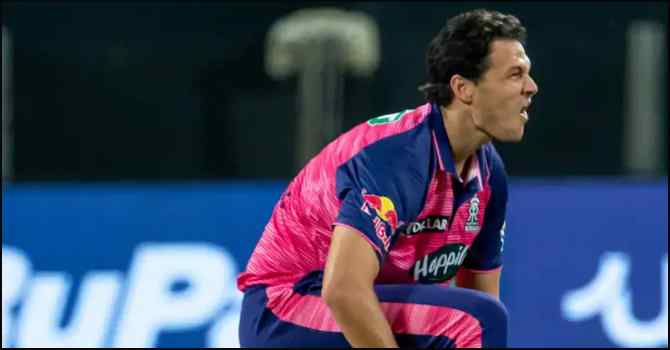 Indian Premier League: Nathan Coulter Nile Ruled out of IPL 2022 Due to Injury

Rajasthan Royals’ Australian fast bowler Nathan Coulter Nile has been ruled out of the 15th edition of the Indian Premier League (IPL 2022) due to injury. He will not be able to play in the rest of the IPL due to injury. The matter has been confirmed by Rajasthan team management.

Nathan Coulter Nile played in Rajasthan’s first match in IPL. He got injured while bowling the last over of his quota in that match. After that Rajasthan played two more matches but this fast bowler was not in the XI.

In a tweet after the match against Royal Challengers Bangalore, Rajasthan team management confirmed that he had dropped out. Rajasthan has not yet confirmed who will replace the pacer.

While it is not yet clear who will replace Colter Nile in the Rajasthan squad, there are rumors that Sri Lankan fast bowler Dashun Shanaka or Namibian star cricketer David Visa may get a chance in the IPL.

Nathan Coulter Nile could not perform like Blair in a match in IPL. He was wicketless with 46 runs in four overs. And he made an unbeaten 1 run with the bat. Nathan Coulter can’t perform Nile but Rajasthan has great rhythm. Rajasthan Royals are at the top of the points table with two wins in three matches.