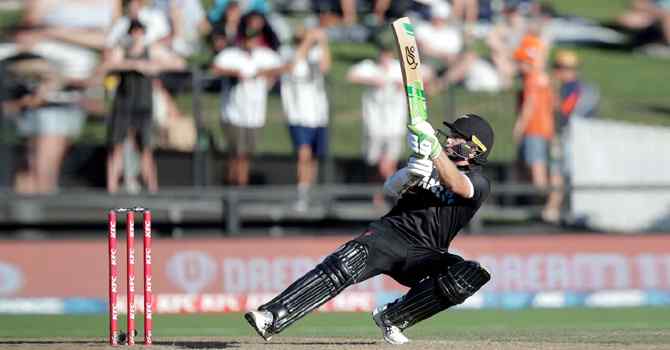 New Zealand Won the ODI Series Against the Netherlands 2022

New Zealand lost the toss and elected to bat first in Hamilton on Saturday (April 2). New Zealand openers Martin Guptill and Henry Nichols gave a good start with the bat. They scored 22 runs in 4 overs. After the dismissal of Guptill in the first ball of the fifth over, the batting collapsed. They lost the fifth wicket for 32 runs. The team lost the sixth wicket for 69 runs.

New Zealand’s Latham fought with patience, keeping one end in the middle of the wicket fall. After the fifth wicket fell, Latham added 56 off 69 balls with Colin de Grandhom for the sixth wicket, 90 off 99 balls with Doug Bracewell for the seventh wicket and 42 off 42 balls for the eighth wicket with Ish Sodhi.

Latham saw the sixth century of his ODI career on his way to form a partnership with Sodhi. He scored a century off 101 balls. After Sodhi’s dismissal for 221 runs in the 47th over, Latham fought the tail-enders and gave the team a big collection of 264 runs for 9 wickets in 50 overs.

In reply to 265 runs for the victory, the batsmen of Netherlands could not get into the water with the bat. The Dutch were bowled out for 146 in 34.1 overs by New Zealand bowlers. Bus de lady scored a maximum of 36 runs. New Zealand off-spinner Michael Bracewell took 3 wickets for 21 runs. Kyle Jamieson-Sodhir were the two victims. Latham was the best in the match.