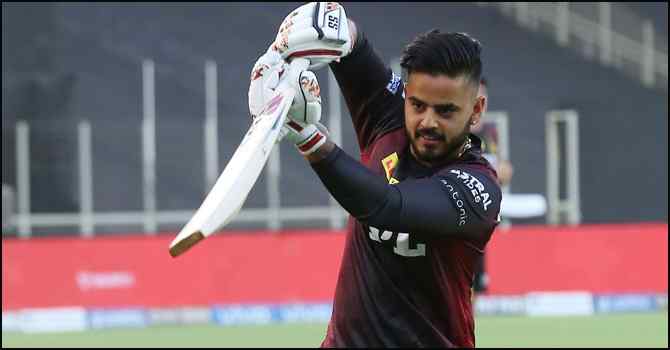 Kolkata Knight Riders lost to Mumbai Indians with the help of Pat Cummins’ incredible batting. In this match, Kolkata batsman Nitish Rana could not do anything with the bat but was fined 10 percent of his match fee for misconduct in IPL 2022.

The Kolkata Knight Riders face Mumbai Indians at the Maharashtra Cricket Association Stadium in Pune on Wednesday (April 8). Shreyas Iyer’s side won the toss and elected to field.

In this match, Nitish Rana of Kolkata was accused of misconduct. He was then fined 10 per cent of the match fee. The IPL authorities have confirmed the matter in a statement. However, he has not yet confirmed exactly what he did wrong.

Apart from Nitish Rana, Jaspreet Bumrah has also been charged with violating the Code of Conduct. He was not fined but warned. The IPL authorities did not say exactly what caused the warning.

According to IPL rules, if a cricketer is fined, no one can appeal against the verdict. The cricketer will have to pay double fine if he makes the same mistake for the second time.

Nitish Rana doesn’t have much rhythm in the 15th edition of IPL. Only 39 runs came from his bat in four matches. He scored a maximum of 21 runs against Chennai Super Kings in the first match of the tournament.