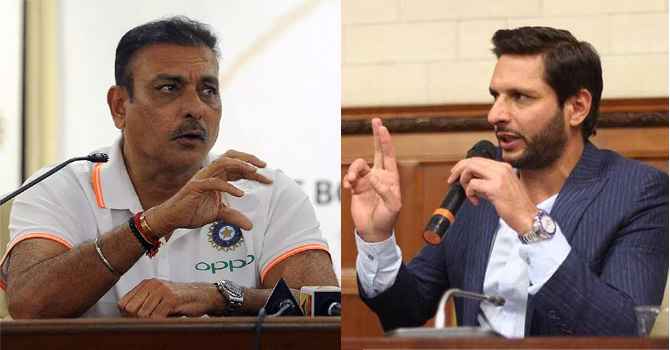 ODI Cricket Should Reduce to 40 Overs Says Shastri and Afridi

The future of One-Day International cricket has been disputed for quite some time. The unexpected departure of English all-rounder Ben Stokes from One-Day Internationals has sparked concerns about the future of ODIs. Numerous players have differing thoughts towards ODI. Some argue that ODI cricket should be eliminated, while others assert that it will cease gradually.

Former Indian cricketer and coach Ravi Shastri supports Shahid Afridi’s proposal to lower ODI overs to 40. Instead of 50 overs, there should be just 40 overs, a reduction of 10. India won the inaugural One-Day International (ODI) World Cup in 1983. At the time, an ODI consisted of 60 overs. Eventually, 10 overs were lowered to 50!

Shastri noted that, at the time, administrators believed that cutting the ODI format to 10 overs would increase its popularity, which was ultimately the case. Shastri believes there will be no harm if the 10 overs are decreased once again after such a long period.

“There is no downside to shortening the contest,” he remarked. After the 1983 World Cup, officials believed that 60 overs was too lengthy. It turns out that the time between 20 and 40 overs is quite monotonous. As a result, they reduced it from 60 to 50 overs. There have been many years since then. Why can’t it be reduced from fifty to forty overs?”

Afridi, on the other hand, claims that ODI cricket is no longer exciting. People’s interest in it is waning owing to boredom. Therefore, if 40-over ODIs can be played, the sport will be more engaging than ever before.

Afridi stated, “One-day cricket has gotten quite monotonous.” I would propose reducing one-day international cricket from 50 to 40 overs. It will increase its intrigue and entertainment value.”

Several sportsmen are complaining about the current hectic schedule of international cricket. Currently, many people play the series. Others retire from one or more forms at a young age in order to extend their careers.

After the introduction of Twenty-Twenty cricket, many have expressed concern over the future of Test cricket. This time, the conversation concerning One-Day International cricket has also begun worldwide.