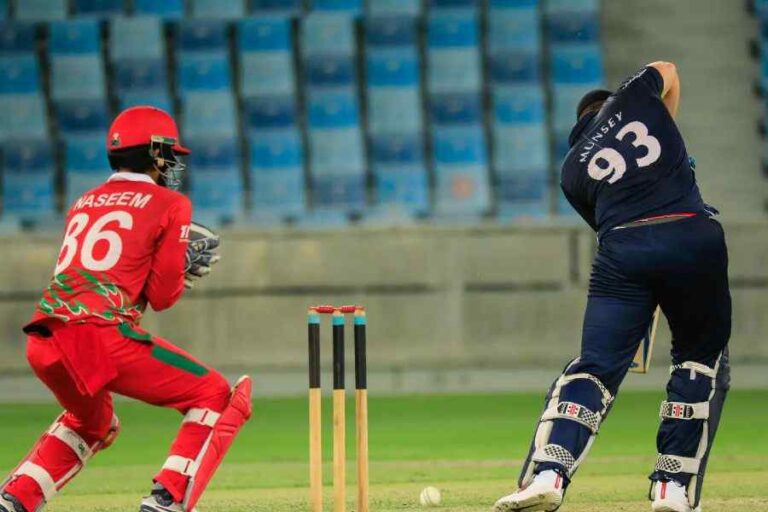 Ayan Mohammad Khan of Oman and George Mansi of Scotland have been convicted of violating the ICC Code of Conduct 2022. The incident took place when Ayan Mohammad Khan celebrated by throwing out George Mansi. In the wake of this, Mansi unintentionally made physical contact with Khan. As he entered the argument, he hit Khan with his gloves. Both Khan and Mansi pleaded guilty and accepted punishment. So there was no need for a separate hearing.

As punishment, Ayan Mohammad Khan has been fined 15 percent of the match fee. He violated the Level 1 ICC Code of Conduct in the ICC Men’s Cricket World Cup League 2 ODI against Scotland at the Dubai International Cricket Stadium on 15 April.

Khan violated Article 2.5 of the ICC Code of Conduct. Where it is stated that a batsman should be dismissed during an international match and no language may be used or intended which may provoke him. 1 demerit point has been added to the disciplinary record of Ayan Mohammad Khan along with the fine. This is his first demerit point in 24 months.

The ICC has found evidence that George Mansio of Scotland broke the Level 1 Code of Conduct in the same incident. He was fined 25 per cent of the match fee. Mansi violated Article 2.12 of the ICC Code of Conduct. It is said that no cricketer, support staff, match referee, umpire or even spectator can be physically present in an international match.

1 demerit point has been added to Mansi’s disciplinary record along with the fine. This is Mansi’s 2nd demerit point in 24 months. Onfield umpires Akbar Ali and Rashid Riaz, the third umpire’s intelligence chief, both complained and were punished by match referee Graeme La Brui.

The minimum penalty for breach of Level 1 Code of Conduct is formal reprimand, the maximum penalty is 50 percent of the match fee plus 1 or 2 demerit points.