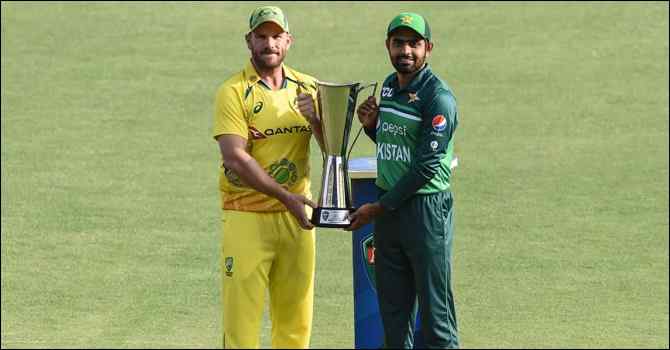 On November 10, 1996, Pakistan and Australia met at the Gaddafi Stadium in Lahore. Australia did not go to Pakistan for two long decades on security issues. After overcoming that drought, Australia has set foot on Pakistani soil again in 2022. The new journey will start from where it stopped in Lahore.

Pakistan and Australia to Play ODI Series 2022 in Lahore After Two Decades at the Gaddafi Stadium in Lahore on Tuesday (March 29th). Australia repeatedly cancels visit to Pakistan over security issues At that time, Pakistan faced Australia in a neutral venue and on the soil of Australia.

The last 9 shows Pakistan have no win against Australia. Despite so many statistics against Pakistan, Pakistan has entered the field without the best fast bowler Shaheen Shah Afridi.

Before the return match in Lahore, the Australian camp was in turmoil due to injury and corona issue. So Aaron Finch’s team had to come on the field with two new cricketers in this match. The two inducted were spinner Mitchell Swapson and pacer Nathan Ellis.

Pakistan captain Babar Azam has decided to bat after winning the toss in the first ODI of the three-match series in Lahore. Pakistan is not in a very good position in the points list of the 2023 ODI World Cup Super League. This is a great opportunity for Pakistan to take advantage of Australia’s bad condition.