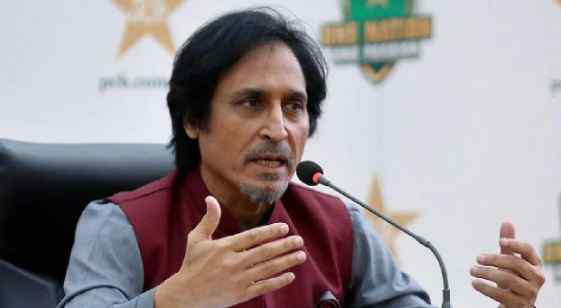 Politics and cricket have been closely associated in Pakistan for a long time. However, former PCB chief Tauqeer Zia wants to see Ramiz Raja as PCB chairman. According to him, Ramiz should be allowed to complete his term If he is removed, Pakistan cricket will fall behind instead of moving forward.

When the government changes, it affects the cricket board. Pakistan Cricket Board (PCB) chairman Ramiz Raja’s appointment to the post after Imran Khan lost his prime-ministership has raised eyebrows. It is said that Ramiz Raja’s position is hanging on the thread of uncertainty.

Chief Patron of the Pakistan Cricket Board is the Prime Minister of the country. Shahbaz Sharif is now in this post. He would like to have someone loyal to him in this position.

At the end of his playing career, Ramiz Raja, who was busy with commentary, was brought into the cricket administration by his teammate Imran Khan. Ramiz took over last September at the behest of Pakistan’s World Cup-winning captain. His term of office is three years.

In a short time after taking charge, Ramiz has brought a new lease of life to Pakistan cricket with some good steps. Tauqeer, who served as PCB chief from 1999 to 2003, said he should be given a chance to go further. In an interview with Cricket Pakistan, he said that Ramiz should be allowed to work for a period of 3 years.

‘I personally think we should completely eliminate politics from sports, especially cricket. Change means implementing one’s own ideas. It has been 5-6 months since Ramiz Raja got the responsibility. Now whoever will be given the responsibility to remove him, he will bring his own thoughts. Will bring many changes. Instead of moving forward, Pakistan cricket will fall further behind. ”