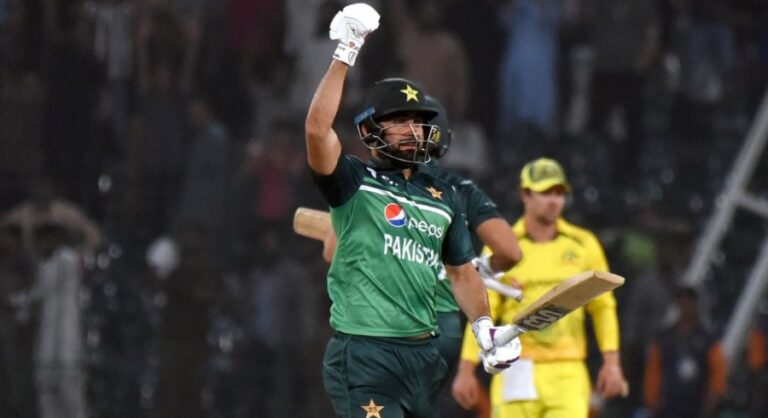 Pakistan made history in the second ODI of the series against Australia. Pakistan team has set a winning record by chasing the highest successful run chase in their ODI history, Chasing the target of 349 runs on Thursday, Pakistan won by 6 wickets.

Earlier in 2014, Pakistan had won by 3 wickets against Bangladesh by batting for 327 runs in Mirpur, which was the record for most runs chased by them in ODIs. Today, Pakistan set a new record at the Gaddafi Stadium.

Fakhr Zaman and Imam-ul-Haq, Pakistan’s two openers, started batting from the start after batting in reply to Australia’s 348 runs. Imam and Babar Azam kept the run wheel running even though Fakhar returned with 6 runs. The twin centuries of these two batsmen laid the foundation for Pakistan’s victory.