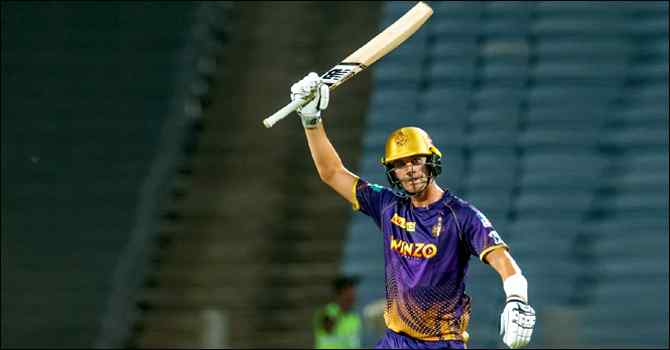 Pat Cummins’ real identity is that he is a fast bowler. You can also bat a little. However, what he showed with the bat in the 15th edition of the Indian Premier League (IPL) is simply unbelievable. Joy brought the team with the fastest fifty. Cummins is still not playing in such an innings!

Pat Cummins hit a half-century off just 14 balls against the Mumbai Indians in IPL 2022. Which is the record for the fastest half-century jointly in the history of the IPL. Earlier, Lokesh Rahul was the only participant in this record. With four overs left in Cummins’ innings, Kolkata reached the port of victory.

At the end of the match, Cummins said, “I was the most surprised in this innings. I am glad that the team won. I thought I would hit the ball in my area. I didn’t think much of it. ‘
The Australian captain added: “I am just happy to be able to play my first game this season. I just wanted to hit the boundary and make a run. There have been many changes since last year after the mega auction. Our team is quite balanced. It feels good to have so many young talents. ‘

Kolkata captain Shreyas Iyer was also surprised to see Cummins’ innings. He said, ‘Great! I couldn’t believe the way he (Cummins) was hitting the ball. Because yesterday he was getting bold again and again in the net. I was batting in the net next to him.

Cummins’ innings only shocked Mumbai captain Rohit Sharma. Rohit said, ‘I never expected him to come and play like that! He deserves credit for the way he played. The game was in our hands till the 15th over but it is difficult to digest the way Cummins played.

Mumbai batted against Kolkata Knight Riders on Wednesday night (April 6) and scored 181 runs in 20 overs. In reply, Kolkata got an easy victory in the storm of Cummins, who went down to bat, but was in danger at the beginning. Cummins remained unbeaten on 57 off 15 balls with 4 fours and 6 sixes.