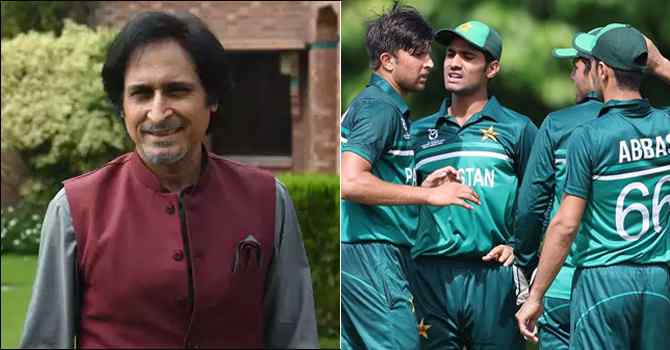 The PCB is planning to organize Pakistan Junior League (PJL) for the first time in the style of Pakistan Super League in October 2022. This was stated in a press release issued by the PCB on Thursday (April 14). They have taken the initiative to bring up young cricketers.

The juniors are scheduled to host the event in October this year. The event will be a city-based franchise tournament. Apart from Pakistan, youths from other countries (under-19) will also be able to take part in the tournament. Cricketers will be selected through drafts.

Ramiz Raja has radically changed Pakistan cricket since he became chairman of the Pakistan Cricket Board. He is going to show one surprise after another. After the seventh edition of PSL, Ramiz showed the biggest surprise by bringing Australia. This time the former cricketer appeared with the T20 league for young cricketers.

The names of the teams will be city based. Former Pakistan cricketers will serve as mentors and coaches for the teams. PCB does not want to put any error in the organization. PJL’s broadcasts will also be of high quality in keeping with global standards.

They have started looking for sponsors for this event. It has been informed to submit the application form by April 28. Ramiz is very excited about the announcement of PJL. The PCB chairman said that such an initiative has been taken for the development of young cricketers.

Regarding PJL, Ramiz said, “After hard work and a lot of planning, I thought of organizing PJL. We are going to organize this tournament for the first time in October this year. I have already brought the best 100 cricketers under the contract.

Ramiz further said, “It will be organized mainly with the aim of adapting the youth to the professional environment. They will be able to compete with the best of their peers. The best of the world will learn something. The best international star will be in the dugout.

The event will be for five teams. The game will be played for 15 days. Where legendary cricketers will be the mentors in each team. Ramiz said, ‘What more could a young cricketer want than to shine in the best environment. We will have a system that will ensure high income for the youth. Each team will have a mentor like Viv Richards.