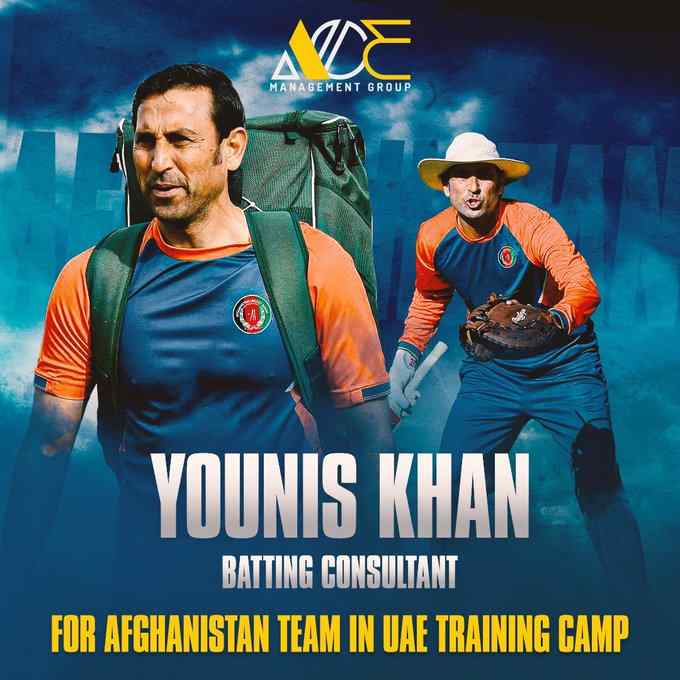 “Brother Yunus, I am waiting to learn the most from you, In sha Allah.”

Younis Khan, a 44-year-old former Pakistan captain and batting coach, was recently appointed as the batting coach of the Afghanistan national team. He will join the training camp team in the UAE. Younis will be joined by his former national teammate Umar Gul, who has been appointed bowling coach.

Younis Khan has expressed his pleasure at working with the Afghanistan national team. In his personal Twitter post, he said: Negotiations are underway. I now feel that this is the right time and the preparation camp in UAE is a good opportunity. I look forward to working with the ACB and getting to know more about Afghanistan’s emerging talent. ”

Younis Khan is Pakistan’s highest run scorer in Tests. His 10099 runs include 34 centuries and 33 half-centuries. The right-handed batsman has also scored 6,000 runs in ODIs and led Pakistan to victory in the 2009 ICC T20 World Cup.