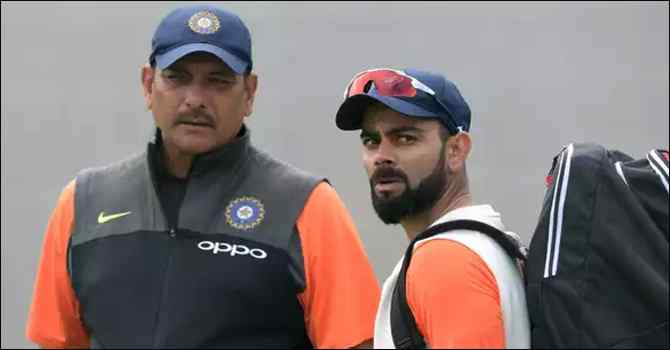 Indian batsman Virat Kohli is not having a good time with the bat. This cricketer is not able to match himself even when the national team comes on the stage of IPL 2022. Kohli’s runners have made everyone think. Former India captain Ravi Shastri Thinks Virat Kohli Needs a Break From Cricket to get back to form.

Kohli has been out for zero in his last match in the IPL. With this out, one of the best batsmen in India has crossed 100th match without a century in all types of cricket. Next to Kohli’s name which is very inappropriate.

Former India cricketer and coach Ravi Shastri thinks that extra stress is the reason for Virat Kohli’s off-form. Kohli has a lot more to give to the country. He needs to take a break from cricket to play for the country for at least another six to seven years.

In the last seven innings of the current IPL season for Royal Challengers Bangalore, Kohli has managed to score only two forty runs. Shastri feels that Kohli’s choices need to be handled with care and sympathy, with restrictions.

Shastri told Star Sports, “I am going directly to the management here. Virat Kohli is going through extra mental depression. If a break is needed, then Kohli needs it. ‘

He added: “Whether it’s two months or a month and a half, after England or before England. He needs a break as he has 6-7 years left to play cricket. No one wants to lose this opportunity.

‘One or two players in world cricket are going through the same problem as Kohli. This issue needs to be addressed in advance. Otherwise there may be problems later. -Shastri added.

Former England captain Kevin Pietersen has said the same thing as Shastri. According to him, Kohli should take time to revive himself from social media as well as playing. Kohli last scored a century against Bangladesh in a Test in November 2019.