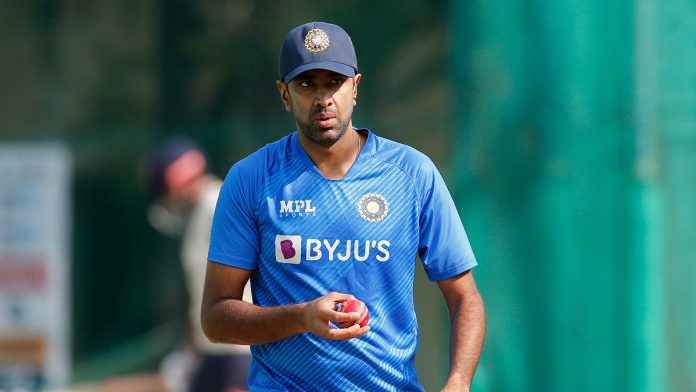 India has been to England to compete in 1 Test, 3 T20s, and 3 ODIs. Ravichandran Ashwin was unable to travel with the team. Ravichandran Ashwin, an off-spin all-rounder, tests positive for Covid-19, preventing him from boarding the same plane as the squad.

Ashwin joined the team in Mumbai on June 16th. However, the top cricketer tested positive for Corona before to the tour. Due to which England was unable to catch the plane on time.

The first Test between England and India will consist of one match. One match remained in the series, which was postponed on the final trip last year. Corona’s justification was that the Indian team returned without having played. India holds a 2-1 edge in this series. Beginning on 1 July, the remaining Tests will be played by the two sides.

It is anticipated that Ashwin would recuperate before the match. And you may participate in the match. Before that encounter, India is slated to play a four-day warm-up match. It is possible that the right-handed cricketer will not participate in this match. Because Ashwin will not travel to England till the Corona test is negative.

Ravichandran Ashwin was refused entrance on the flight to England due to a positive Covid-19 test result. The off-spinner landed in Mumbai on June 16 in order to go with the Test squad, but he is quarantined.

The 35-year-old will not be included to the Test squad unless all protocol requirements are satisfied. The remaining Indian Test team players have already arrived in Leicester and begun practising at Leicestershire County Ground, where they will play a four-day practise match commencing on June 24.

Ravichandran Ashwin will most likely miss Friday’s four-day practise match against Leicestershire, but he might play in the rescheduled fifth Test at Edgbaston.

India’s head coach Rahul Dravid, Rishabh Pant, and Shreyas Iyer have departed from Bengaluru for England after participating in the five-match T20I series against South Africa that ended in a 2-2 tie.