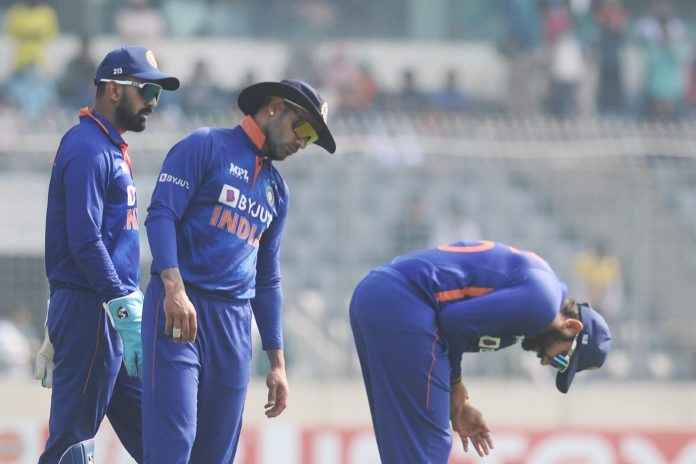 Rohit Sharma went to the hospital with a hand injury during the second ODI between Bangladesh and India. X-rays will be done on the left arm. The Indian captain also injured his left hand finger along with the catch miss. Blood was also coming out of the hand. He immediately left the field, Rajat Patidar came in as his replacement.

Bangladesh won the toss and batted first at Mirpur Sher-e-Bangla National Cricket Stadium. The Indian captain suffered hand pain in the second over of the innings.

Enamul Haque Bijay caught the outside edge on the fourth ball of Mohammad Siraj’s over. But Rohit standing at second slip could not palm the ball properly. After that, it is known that Rohit had to go to the hospital from the field. Mainly taken for scanning. Have to wait at least couple of hours to get the report.

Shakib Al Hasan became the 3rd batsman to score more than 3000 runs in ODIs in Bangladesh. Tamim Iqbal and Mushfiqur Rahim reached this record before Shakib.

Bangladesh are batting against India in the second ODI of the 3-match series at the Mirpur Sher-e-Bangla National Cricket Stadium. Shakib came to the crease when Liton Das returned to the pavilion after being bowled in the tenth over of the innings.

Shakib completes the milestone of 3000 runs in ODIs with a drive for a boundary. Shakib reached this record in his 101st innings.

Most ODI runs on Bangladesh Soil: