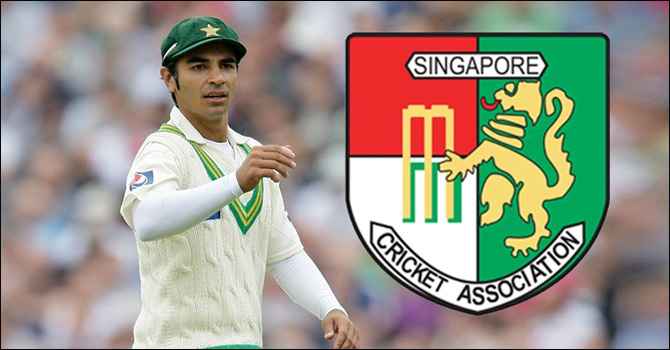 Singapore is gaining prominence in international cricket. To keep up with everyone, they are employing all the most seasoned talents. Former Pakistani cricketer Salman Butt has been named Singapore Cricket’s chief coach and advisor.

The Singapore Cricket Association has extended Salman Butt’s contract through the remainder of 2022. The former left-handed batsman will assist the developing nation’s cricket for the remainder of the year.

Jamal Hossain, the former coach of the Pakistani women’s national team, will help Salman Butt. The local personnel will accompany him. Jamal will act as the team’s trainer and fielding coach.

1984 marked Singapore’s first year as a member of the ICC. Since then, they have participated in events sanctioned by cricket’s governing body. They will compete in three further ICC-sanctioned big tournaments over the following five months. This time, Singapore has selected a coach.

Saad Janjua, chief executive officer of the Singapore Cricket Association, has confirmed to the media that Salman Butt would be in Singapore and travelling with the squad as head coach as part of a consulting arrangement. Singapore will play three matches under the leadership of Salman Butt.

During his international cricket career, Salman Butt was a tremendous batsman. He also assumed the role of Pakistan’s Test captain. However, it was short-lived. Due to match-fixing, he was banned from all forms of cricket for five years in 2010.

After his ban was lifted, the former Pakistani captain was unable to return to cricket. In 2020, Butt, age 36, was compelled to retire from all kinds of cricket. Since then, he has worked as an analyst and pundit. Pakistan’s Salman Butt participated in 33 Tests, 7 ODIs, and 24 Twenty20 Internationals. At this point, the batsman had scored more than 4,500 runs across three forms.