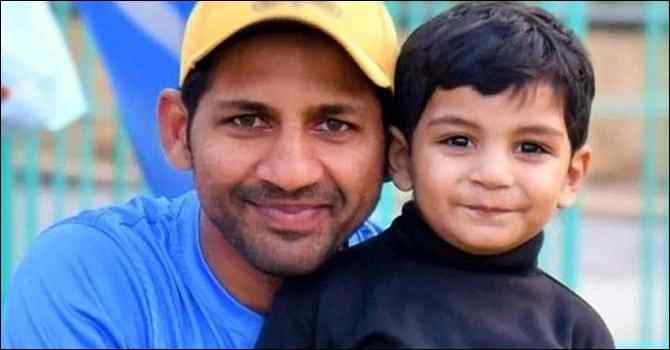 Every cricketer has a dream that his child should also be a cricketer. Let him represent the country. Former Pakistan captain Sarfaraz Ahmed is on the opposite pole in this place as he does not want his son to be a cricketer like him.

Everyone has high expectations of cricketers for representing a nation. They applaud when they do good, they listen to bad things when they do bad. The wicketkeeper-batsman does not want to bring his son into cricket for fear of pressure and criticism.

Abdullah Sarfaraz, Sarfaraz’s son, has a lot of interest in cricket. He is interested in the game. However, the 34-year-old cricketer does not want his son to go through stress and criticism in his career. He said this in an interview given to a local channel in Pakistan.

Sarfaraz said, ‘Abdullah is a fan of cricket. But I don’t want him to be a cricketer. Being a cricketer, I have endured a lot like that. I don’t want Abdullah to deal with this. ‘

Sarfaraz has gone through a lot of pressure and criticism throughout his career. Sarfaraz has not been able to secure a place in the team for the next six years since making his debut against India in 2006.

Like everyone else in his career, he has had both good and bad. As a captain, he also won the Champions Trophy in 2016. Even then, he was always at the sword’s edge of the critics. Everybody used to cut him whenever they got a chance.

He was removed from the captaincy in 2019. After that he did not have a place in the team. Under him, Pakistan held the number one spot in the T20 for more than two years.