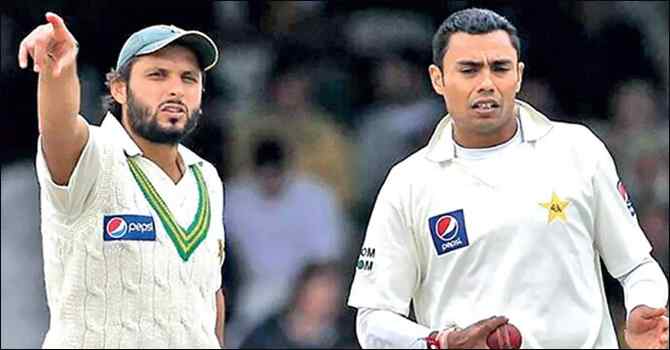 In a recent interview to Indian media, Kaneria claimed that Afridi would not have given him a chance to play ODIs as he is a Hindu. Earlier, Pakistan’s legendary pacer Shoaib Akhtar had made similar allegations.

Although he has not said anything about this so far, this time Shahid Afridi has opened his mouth. He said Kaneria did it out of greed for cheap fame and money.

Afridi said, “He should look at his own character. He did it for the sake of cheap fame and money. ”

Afridi also claimed that Dinesh Kaneria always looked like his younger brother in his playing career. “I saw him (Kaneria) as my younger brother,” she said. I have been playing cricket with him for a long time. ”

He questioned why the Pakistan Cricket Board (PCB) was not informed at the time about Kaneria’s anti-religious behavior. This cricketer also wants to know why this has been talked about after 15-20 years.

“If my behavior is bad, I can report it to the PCB immediately,” he said. But he did not. He said this on the TV channel of our enemy country. They have taken advantage of it by using religion there. ”

Dinesh Kaneria has played 61 Tests and 16 ODIs for Pakistan. This time he has taken 261 and 15 wickets respectively. The 41-year-old leg-spinner is currently banned for spot-fixing.