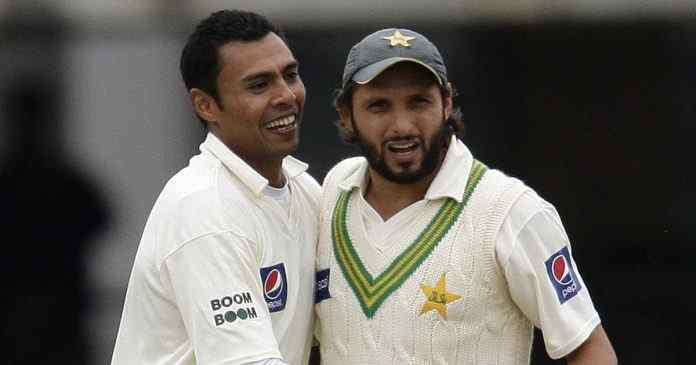 Danish Kaneria again pointed the finger of blame at Pakistan’s legendary cricketer Shahid Khan Afridi. Danish Kaneria said Shahid Afridi is a Liar and Characterless Person. When he was the captain, he was not given a chance in the team. He used to sit on the bench. Afridi was jealous of Danish who was both a leg spinner. Danish also accused everyone of inciting against him.

Danish said, ‘First of all, Shoaib Akhtar brought my problem in front of everyone. Thanks to him for that. Although later he had to face a lot of pressure. So he closed his mouth about this. But it has happened to me again and again. ‘

Danish, 41, added: “Shahid Afridi has always insulted me. We played in the same division, putting me on the bench. Didn’t let him play in ODIs. He didn’t want me to play for Pakistan. He is a liar. He exerted influence. Because he is a characterless person. He incited everyone in the party against me. But I avoided all the tricks and focused only on cricket. When I performed, he was jealous. I am proud and grateful to play for Pakistan.

Pakistan is a Muslim-majority country, very few people of other religions live there. Meanwhile, Danish Kaneria is one of them. Danish, a follower of the traditional religion, played cricket and got a chance in the Pakistan national team. However, it could not hold for more than a decade. Despite playing regularly in Tests, he has had the opportunity to play limited overs cricket very often.

He was also banned for life in 2013 after being found guilty of spot-fixing. Danish Kaneria came to the discussion in 2019 in a hurry. He sought help from former Pakistani Prime Minister and World Cup-winning captain Imran Khan, citing his poor condition.

Later, Pakistani legend Shoaib Akhtar said that people of different religions were seen differently in the Pakistan team. Danish was one of them. Due to his traditional religion, Danish was treated badly in the Pakistan cricket team. They were abused on the pretext of religion. Pakistani cricketers did not even want to eat at the same table with him.

Danish expressed his gratitude for presenting the truth through these words of Shoaib. He later said that he would reveal the names of all those who were abusive. In the last few years, he has repeatedly come up in the discussion criticizing some of his former teammates. Former Pakistan captain Shahid Afridi was also present.