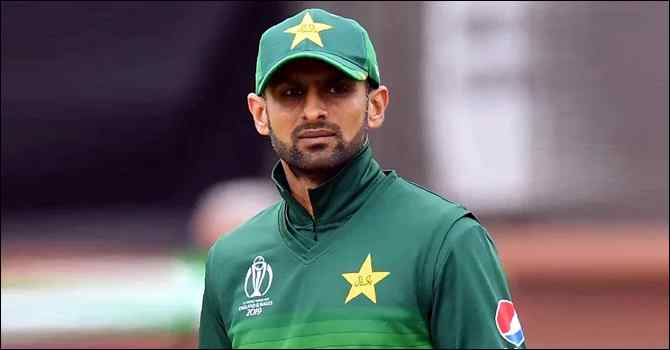 At the age of forty Shoaib Malik is still playing for Pakistan. This ‘super fit’ Pakistani thinks that age is just a number. He said he wanted to spend two more years on the cricket field. However, due to his age, some of them have even thrown him in the cancellation register. However, Shoaib Malik Still Wants to Play for Two more Years, 40-year-old Shoaib expressed that he is still super fit to play.

Shoaib said, ‘I am old, but no one can claim to whom I am responsible. I performed at the highest level. Especially in T20 format. I have shown my ability on the field with bat and ball.

Shoaib said he was still enjoying cricket. “I am still enjoying cricket to the fullest. Because I am using all my experience while playing. ‘ Shoaib spread the light with the bat in the seventh edition of Pakistan Super League (PSL). There were four on the list of run-getter. According to Shoaib, being a middle-over batsman, he has to rely more on fitness.

He said, ‘I am not claiming that opening is an easy task. But there are no field limitations in the middle overs. That means you have to rely a little more on the run between the wickets. This is where your fitness can be understood. ‘

T20 World Cup ahead. Shoaib said he could play for at least two more years. But do not want to force anyone’s hand. If he gets a place in the team, it is due to his own performance. He said, ‘As I said, I have a clear and open communication with Babar. I haven’t decided on the World Cup yet because I want to retire with dignity. If Babur tells me to play then I will play, otherwise I will leave with honor. ‘