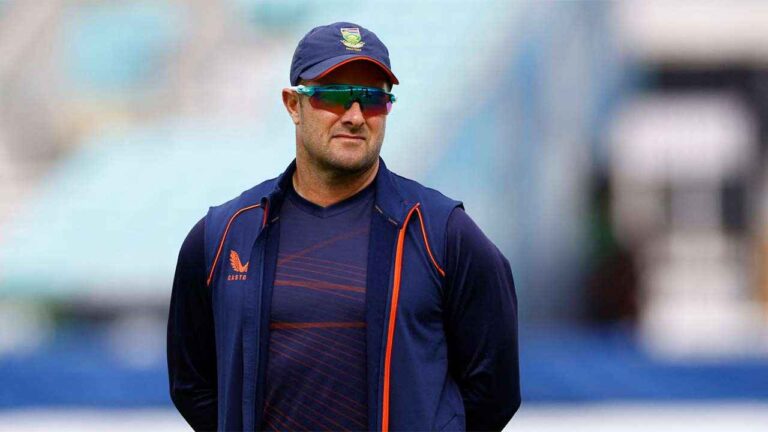 Mark Boucher will step down as head coach of South Africa after the forthcoming T20 WC 2022 in Australia. Mark Boucher likely to join the IPL coaching staff after relinquishing national responsibilities.

Cricket South Africa (CSA) revealed in a statement that national team head coach Mark Boucher will stand down following the T20 World Cup in Australia in October and November.

Meanwhile, The Cricbuzz says that Boucher is in negotiations with many IPL clubs and a South African T20 league squad. It is still unclear if Boucher would coach the IPL squad solely in India or in both countries.

Mark Boucher, a former wicket-keeper and batsman, became South Africa’s head coach in December 2019. Cricket Boucher was under contract with South Africa until the ODI World Cup in 2023. More than 10,000 runs were scored by Boucher over his 147 Tests, 295 ODIs, and 25 T20 matches for South Africa.